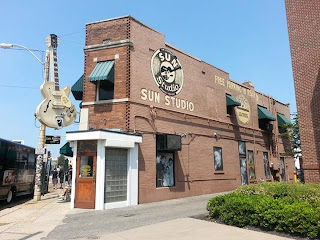 The Daughter and I had neither one been to Sun Studio, so we recently decided to play tourist and go. We went on a weekday morning for the 10:30 tour. We weren't expecting much of a crowd. Death Week is over, after all. Wow, were we surprised! Our tour group was big, and the group scheduled to start as we were leaving looked even bigger.

We even had an Elvis impersonator on our tour, although he didn't show off. Can you spot him in this picture? 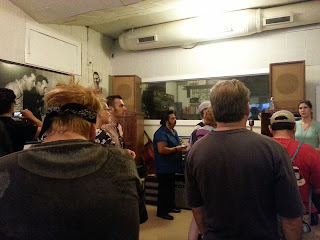 There were 2 sections of the tour. In the first part everything was in display cases, and flash photography wasn't permitted. In the second part, which is still used some for recording, there were no photo restrictions: 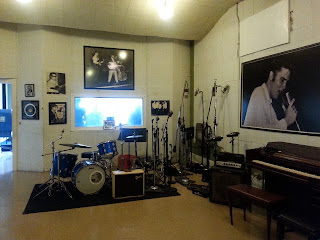 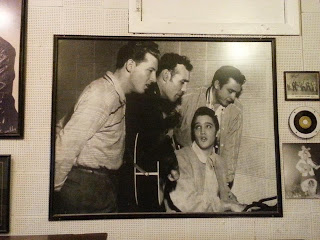 On the very spot marked with an "x" below, Elvis Presley stood. He used that very microphone, and we were encouraged to stand there and pose. The microphone was so much too tall for me it looked like I was going to have to stretch it out across the floor to get it low enough for the pose. But I did it! 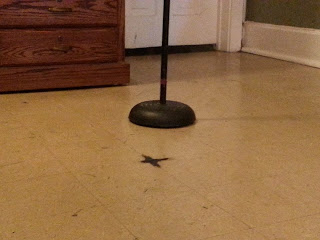 Our tour guide was enthusiastic and fun. The Daughter and I were the only Memphians on the tour.