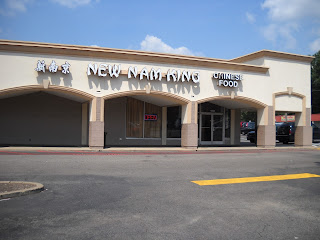 I used to go to New Nam King a lot, but then I moved and found another Chinese buffet that was closer. The Daughter and I were in the area recently and decided to go for old time's sake. 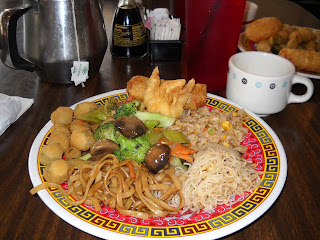 It was ok, I guess, but the broccoli, for example, managed to be both tough and mushy, and there were no green beans, no white rice, none of several items we usually see on Chinese buffets. There was a lot more of things like french fries, and macaroni and cheese, and fried okra than there used to be years ago. I think I'll be happy to stick with the buffet that is closer to where I live now.