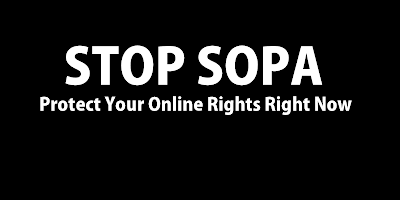 Information on SOPA from Wikipedia.
Posted by Divers and Sundry at 12:01 AM 3 comments:

Jonah Hex is one of the worst films ever made. I wish I had live-blogged my commentary. There is no part of this movie that isn't dreadful. It has no redeeming features. It's not even re-watchable on the basis of being really really bad, because it's sooo boring and ridiculous. It's based on a comic book character, and I guess I might've thought it was worth watching if I'd read this character before. But I doubt it.


As I look for a review that contains any positive remarks I find this:

well, if I ever find a positive comment, I'll try to remember to stick it in this spot.
Posted by Divers and Sundry at 8:30 AM No comments:

3:10 to Yuma (2008) is a remake of the 1957 Glenn Ford and Van Heflin classic. Though enjoyable, the remake doesn't supplant the original. I had several issues with it, but the main one was the growth of the elder son into a main and motivating character. The father just doesn't seem nearly as noble and principled when i know he's only acting this way because his son is right there watching. Russell Crowe and Christian Bale star in this version, which is directed by James Mangold. Alan Tudyk ("Wash" from Firefly) has a good part.


Slant Magazine gives it a mixed review, closing by saying, "Energetic and occasionally inspired, it's a western that, at the moment of truth, too closely remakes when what was truly necessary was reinvention." Rolling Stone calls it "flashily entertaining". Roger Ebert gives it high praise, opening his review with this: "James Mangold's "3:10 to Yuma" restores the wounded heart of the Western and rescues it from the morass of pointless violence."
Posted by Divers and Sundry at 6:30 AM No comments:

I had not heard good things about Cowboys & Aliens, but now that I've seen it I think the reports I heard were much too harsh. It's great fun to watch. This 2011 science fiction/western stars Daniel Craig and Harrison Ford and is directed by Jon Favreau. Also starring are Sam Rockwell, Olivia Wilde, Keith Carradine and Adam Beach (who plays Jim Chee in the PBS mystery series based on Hillerman's books).


Slant Magazine gives it one grudging star and finds fault with everything, opening by saying,

Brandishing a literal-minded title as laughable as the rest of its action, Cowboys & Aliens mashes up genres with a staunch dedication to getting everything wrong, making sure that each scene is more inane than the one that preceded it.

Rolling Stone doesn't like it and closes with this:

The mash-up of cowboys and aliens doesn't do either camp any favors. How are we supposed to work up a rooting interest when both sides are shooting blanks?

Roger Ebert says, ""Cowboys & Aliens" has without any doubt the most cockamamie plot I've witnessed in many a moon" and wishes it had been a straight western.
Posted by Divers and Sundry at 6:30 AM No comments:

The Last Rites of Ransom Pride

The Last Rites of Ransom Pride is a 2010 Western starring actors I'm only vaguely familiar with (except for Kris Kristofferson, who has a role) and directed by someone I've never heard of. I got a kick out of this one, and enjoyed describing it to The Husband as "a western with a car chase, a motorcycle with a side car, siamese twins, a voodoo priestess, a dwarf, and the hunt for and reburial of Ransom Pride." From my description, he's decided to pass on a viewing of this one. Hmmm...


DVD Talk says, "The good does outweigh the bad though. This won't change your life or even make you think, but it's entertaining enough".
Posted by Divers and Sundry at 6:30 AM No comments:

The original 3:10 to Yuma stars Glenn Ford and Van Heflin and is directed by Delmer Daves. I've seen this one twice now, and it's just as enjoyable the 2nd time through.

Here's the opening segment that includes the theme sung by Frankie Laine:


Slant Magazine calls it " a solid ride up to its climax". DVD Talk opens by saying:

3:10 to Yuma is one of the best of the late '50s Westerns, and is about as handsome as the B&W Western ever got. Low-key performances from an interesting cast back up great work by Van Heflin and Glenn Ford, whose tense angst adds a Noir-ish dimension. ... Taken from a story by the now-revered Elmore Leonard, the show develops a nice little knot of suspense.

DVD Journal says, "A tight piece of genre filmmaking, 3:10 to Yuma deserves its reputation as a genre classic."
Posted by Divers and Sundry at 8:30 AM No comments:

Two Mules for Sister Sara is a 1970 Clint Eastwood Western directed by Don Siegal and co-starring Shirley MacLaine . We watched this because of Clint Eastwood, but its one of my least favorite of Eastwood's films. It's just a bit too cute for my taste these days.


Spaghetti-Western.net says, "For a film that is usually called a failure, it is remarkably enjoyable, but its problems are many" and calls it " a pleasant, if awkwardly paced movie." Roger Ebert calls it "a lot better than it might have been".
Posted by Divers and Sundry at 8:30 AM No comments:

Winchester '73 (1950) has been on The Husband's wish-list for years, and The Younger Son got it for him for Christmas this year. It's more the traditional old-style Western and stars Jimmy Stewart and Shelley Winters. It has Rock Hudson miscast as a native American and Tony Curtis in one of his early roles. Will Geer is also a supporting player. Anthony Mann directs.


DVD Talk opens with this:

Winchester '73 is what film critics call a key western, for it represents a major turn in the genre's development. High Noon got all the credit for initiating the 'adult psychological Western' of the 1950s but this ambitious Universal film is the real trend-setter...

Couch Cowboy says, "This is the first effort from James Stewart and Anthony Mann, and many consider it the best." Ferdy on Films points out its kinship with film noir.
Posted by Divers and Sundry at 9:30 AM 1 comment: