Elmwood Cemetery is a historic cemetery here in Memphis, its oldest active cemetery according to the web site. The Daughter and I recently took the self-guided tour using a handy map they sold us for $5.00. They have photos of some of the sites. I don't have any relatives here that I know of, so I don't have a personal connection.

Among the noted residents: 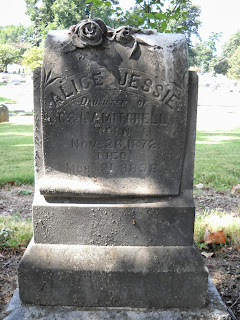 Alice Jessie Mitchell, who was gay before it was in the news, was declared innocent by reason of insanity after she killed her lover. She died at the age of 26 in 1898 in an insane asylum in Bolivar, Tennessee. 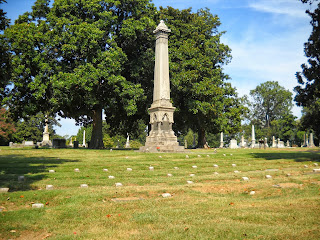 Many a Confederate veteran is buried here, including 20 Confederate and 2 Union generals. The monument above is in the section where most of the soldiers are. Most of the Union dead buried here were moved to Memphis National Cemetery in 1868. 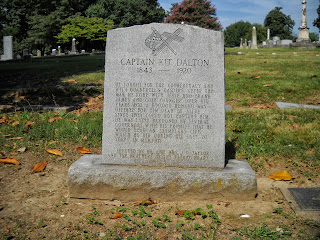 Kit Dalton was a Confederate veteran who rode with the James gang before he reformed to live a reportedly exemplary life in Memphis. 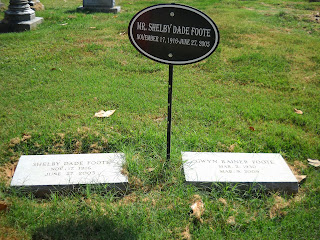 Local author Shelby Foote, famed for his Civil War writings and his participation in the Ken Burns series, is buried next to the Nathan Bedford Forrest plot. General Forrest himself was moved from here in 1904 to a park in what is now the medical district.

There are many types, sizes and shapes of monuments in this cemetery. 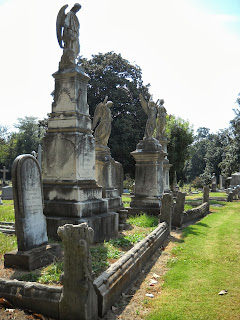 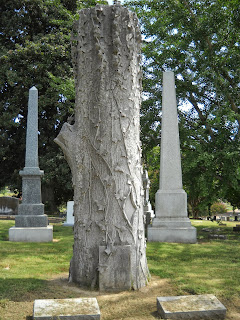 You can see more photos at Historic-Memphis.com and About.com.

The map says, "Elmwood Cemetery was established as one of the first rural garden cemeteries in the South. Fifty Memphis gentleman held the vision of a beautiful and dignified final resting place amid towering trees and winding paths and lanes." There are still plots available. This is an interesting tour. They also offer an audio driving tour and guided tours. There are events scheduled throughout the year, including a costume twilight tour in late October where the dead rise up and tell their tales. This is a fascinating place!
Posted by Divers and Sundry at 6:30 AM