One and Only BBQ 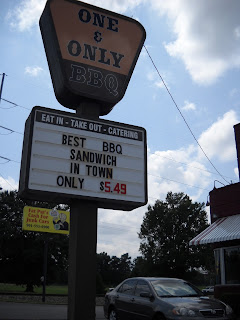 One and Only BBQ is a fairly new place that moved into the old CKs on Perkins at Southern by the Oak Court Mall. For some reason it has taken us a while to try this place. It smells wonderful as we pass by it, but we just kept putting off actually going. It was time to put a stop to this procrastination! 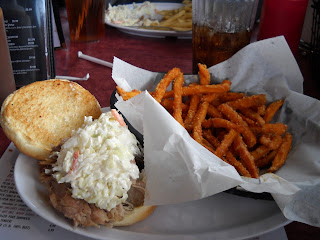 You can see their menu here. The service was great, the food was very good, and it's located close to us. The Younger Son said the hamburger was average (whereas Tops BBQ hamburgers are among the best), and this is more expensive than Tops. Chances are Tops will remain our go-to spot for BBQ sandwiches, but this place is great for a change of pace now and then. 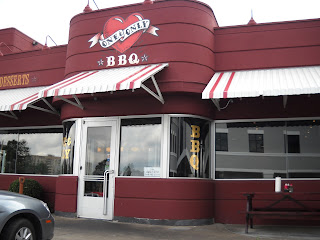 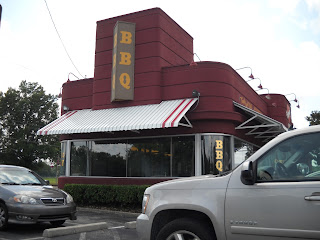 Our total was over $50, including tax and tip.

Memphis Que gives it a good review. Yelp has 4 out of 5 stars with 20 reviews. Urban Spoon has a score of 88% with 43 votes. One and Only BBQ hase a Facebook page.
Posted by Divers and Sundry at 9:00 AM