Youth is a 1952 science fiction short story by Isaac Asimov. You can read it online here or here. It begins,


HERE was a spatter of pebbles against the window and the youngster stirred in his sleep. Another, and he was awake.

He sat up stiffly in bed. Seconds passed while he interpreted his strange surroundings. He wasn't in his own home, of course. This was out in the country. It was colder than it should be and there was green at the window.

The call was a hoarse, urgent whisper, and the youngster bounded to the open window.

Slim wasn't his real name, but the new friend he had met the day before had needed only one look at his slight figure to say, "You're Slim." He added, "I'm Red."

Red wasn't his real name, either, but its appropriateness was obvious. They were friends instantly with the quick unquestioning friendship of young ones not yet quite in adolescence, before even the first stains of adulthood began to make their appearance.

Slim cried, "Hi, Red!" and waved cheerfully, still blinking the sleep out of himself.

Red kept to his croaking whisper, "Quiet! You want to wake somebody?"

Slim noticed all at once that the sun scarcely topped the low hills in the east, that the shadows were long and soft, and that the grass was wet.

Red only waved for him to come out.

Slim dressed quickly, gladly confining his morning wash to the momentary sprinkle of a little lukewarm water. He let the air dry the exposed portions of his body as he ran out, while bare skin grew wet against the dewy grass.

Red said, "You've got to be quiet. If Mom wakes up or Dad or your Dad or even any of the hands then it'll be 'Come on in or you'll catch your death of cold.'"

He mimicked voice and tone faithfully, so that Slim laughed and thought that there had never been so funny a fellow as Red.

Slim said, eagerly, "Do you come out here every day like this, Red? Real early? It's like the whole world is just yours, isn't it, Red? No one else around and all like that." He felt proud at being allowed entrance into this private world.

Red stared at him sidelong. He said carelessly, "I've been up for hours. Didn't you hear it last night?"

"I guess not. But there was thunder. I heard it, and then I went to the window and it wasn't raining. It was all stars and the sky was just getting sort of almost gray. You know what I mean?"

Slim had never seen it so, but he nodded.

They walked along the grassy side of the concrete road that split the panorama right down the middle all the way down to where it vanished among the hills. It was so old that Red's father couldn't tell Red when it had been built. It didn't have a crack or a rough spot in it.

Red said, "Can you keep a secret?"

"Just a secret. Maybe I'll tell you and maybe I won't. I don't know yet." Red broke a long, supple stem from a fern they passed, methodically stripped it of its leaflets and swung what was left whip-fashion. For a moment, he was on a wild charger, which reared and champed under his iron control. Then he got tired, tossed the whip aside and stowed the charger away in a corner of his imagination for future use.

He said, "There'll be a circus around."

Slim said, "That's no secret. I knew that. My Dad told me even before we came here—"

"That's not the secret. Fine secret! Ever see a circus?"

Red was watching out of the corner of his eyes again. "Ever think you would like to be with a circus? I mean, for good?"

Slim considered, "I guess not. I think I'll be an astronomer like my Dad. I think he wants me to be."

Slim felt the doors of the new, private world closing on him and astronomy became a thing of dead stars and black, empty space.

He said, placatingly, "A circus would be more fun."

"You're just saying that."

Red grew argumentative. "Suppose you had a chance to join the circus right now. What would you do?"

Red whirled at him, strange and intense. "You meant that? You want to go in with me?"


"What do you mean?" Slim stepped back a bit, surprised by the unexpected challenge.

"I got something that can get us into the circus. Maybe someday we can even have a circus of our own. We could be the biggest circus-fellows in the world. That's if you want to go in with me. Otherwise—Well, I guess I can do it on my own. I just thought: Let's give good old Slim a chance."

The world was strange and glamorous, and Slim said, "Sure thing, Red. I'm in! What is it, huh, Red? Tell me what it is."

"Figure it out. What's the most important thing in circuses?"

Slim thought desperately. He wanted to give the right answer. Finally, he said, "Acrobats?"

"Animals, that's what! What's the best side-show? Where are the biggest crowds? Even in the main rings the best acts are animal acts." There was no doubt in Red's voice.

"Everyone thinks so. You ask anyone. Anyway, I found animals this morning. Two of them."

"Sure. That's the secret. Are you telling?"

You can listen to the Librivox recording here.

Beverages (I'm linking this to the weekly T Stands for Tuesday blogger gathering): 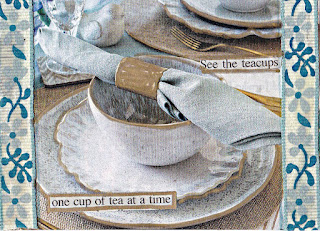 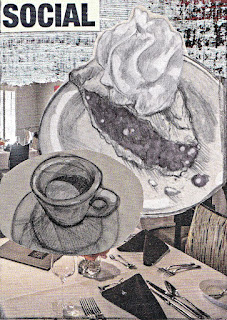 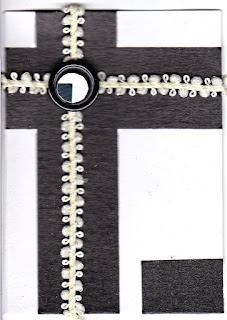 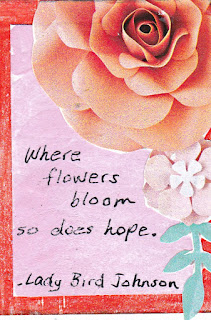 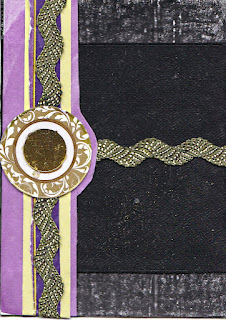 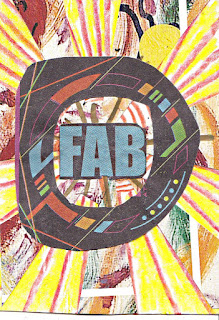 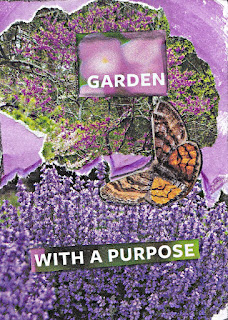 Thread (I sewed the ribbon to the card with thread. I like some cards better than others, and I don't like this one at all. I'll probably take these butterflies off at some point and do something else with them.): 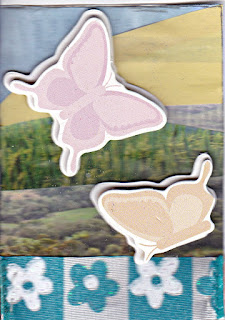 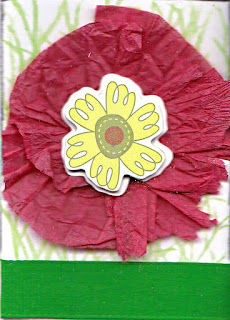 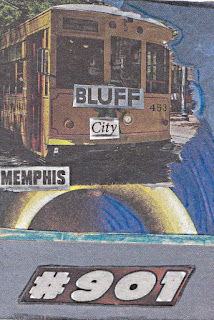 Random (not from a prompt): 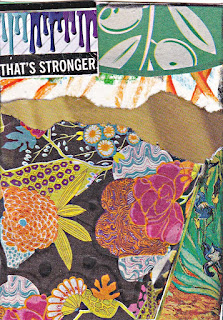 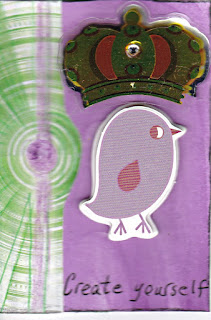 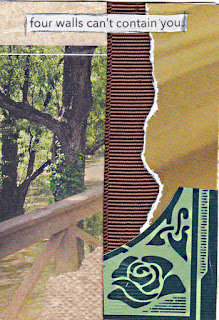