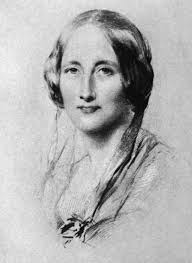 The Squire's Story is an 1855 gothic short story by Elizabeth Gaskell. You can read it online here. It begins,


In the year 1769 the little town of Barford was thrown into a state of great excitement by the intelligence that a gentleman (and ‘quite the gentleman’, said the landlord of the George Inn) had been looking at Mr. Clavering’s old house. This house was neither in the town nor in the country. It stood on the outskirts of Barford, on the roadside leading to Derby. The last occupant had been a Mr. Clavering, a Northumberland gentleman of good family who had come to live in Barford while he was but a younger son; but when some elder branches of the family died, he had returned to take possession of the family estate. The house of which I speak was called the White House, from its being covered with a greyish kind of stucco. It had a good garden to the back, and Mr. Clavering had built capital stables, with what were then considered the latest improvement. The point of good stabling was expected to let the house, as it was in a hunting county; otherwise it had few recommendation. There were many bedrooms; some entered through others, even to the number of five, leading one beyond the other; several sitting-rooms of the small and poky kind, wainscoted round with wood, and then painted a heavy slate colour; one good dining-room, and a drawing-room over it, both looking into the garden, with pleasant bow-windows.

Such was the accommodation offered by the White House. It did not seem to be very tempting to strangers, though the good people of Barford rather piqued themselves on it, as the largest house in the town; and as a house in which ‘townspeople’ and ‘county people’ had often met at Mr. Clavering’s friendly dinners. To appreciate this circumstance of pleasant recollection, you should have lived some years in a little country town, surrounded by gentlemen’s seats. You would then understand how a bow or a courtesy from a member of a county family elevates the individuals who receive it almost as much, in their own eyes, as the pair of blue garters fringed with silver did Mr. Bickerstaff’s ward. They trip lightly on air for a whole day afterwards. Now Mr. Clavering was gone, where could town and county mingle?

I mention these things that you may have an idea of the desirability of the letting of the white House in the Barfordites’ imagination; and to make the mixture thick and slab, you must add for yourselves the bustle, the mystery, and the importance which every little event either causes or assumes in a small town; and then, perhaps, it will be no wonder to — you that twenty ragged little urchins accompanied the ‘gentleman’ aforesaid to the door of the White House; and that, although he was above an hour inspecting it, under the auspices of Mr. Jones, the agent’s clerk, thirty more had joined themselves on to the wondering crowd before his exit, and awaited such crumbs of intelligence as they could gather before they were threatened or whipped out of hearing distance. Presently, out came the ‘gentleman’ and the lawyer’s clerk. The latter was speaking as he followed the former over the threshold. The gentleman was tall, well-dressed, handsome; but there was a sinister cold look in his quick-glancing, light blue eye, which a keen observer might not have liked. There were no keen observers among the boys, and ill-conditioned gaping girls. But they stood too near; inconveniently close; and the gentleman, lifting up his right hand, in which he carried a short riding-whip, dealt one or two sharp blows to the nearest, with a look of savage enjoyment on his face as they moved away whimpering and crying. An instant after, his expression of countenance had changed.

‘Here!’ said he, drawing out a handful of money, partly silver, partly copper, and throwing it into the midst of them. ‘Scramble for it! fight it out, my lads! come this afternoon, at three, to the George, and I’ll throw you out some more.’ So the boys hurrahed for him as he walked off with the agent’s clerk. He chuckled to himself, as over a pleasant thought. ‘I’ll have some fun with those lads,’ he said; ‘I’ll teach ’em to come prowling and prying about me. I’ll tell you what I’ll do. I’ll make the money so hot in the fire-shovel that it shall burn their fingers. You come and see the faces and the howling. I shall be very glad if you will dine with me at two; and by that time I may have made up my mind respecting the house.’

Mr. Jones, the agent’s clerk, agreed to come to the George at two, but, somehow, he had a distaste for his entertainer. Mr. Jones would not like to have said, even to himself, that a man with a purse full of money, who kept many horses, and spoke familiarly of noblemen — above all, who thought of taking the White House — could be anything but a gentleman; but still the uneasy wonder as to who this Mr. Robinson Higgins could be, filled the clerk’s mind long after Mr. Higgins, Mr. Higgins’s servants, and Mr. Higgins’s stud had taken possession of the white House.