The Bell in the Fog 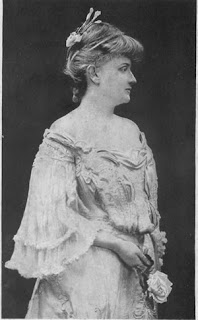 The Bell in the Fog is a 1905 horror short story by Gertrude Atherton. It can be read online.


Perhaps the best-known of Atherton's supernaturalist tales, "The Bell in the Fog" remains underappreciated and under-read, for it is in many ways a touchstone work in the supernaturalist tradition, embodying many of the important developments in that tradition which began to emerge in the early years of the twentieth century...

The Online Literature site says the house Atherton and her husband George Atherton, Sr. lived in is haunted by their ghosts:


George Sr., a somewhat lacklustre and impassive man, and Gertrude lived with his mother Dominga de Goñi Atherton at her vast estate called Valparaiso Park in San Francisco, which is said to now be haunted by their ghosts.