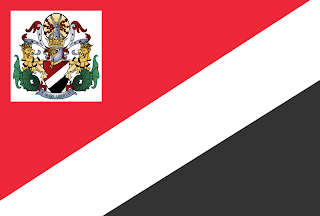 Roy Bates, founder of the Principality of Sealand, has died at the age of 91. I have been a faithful follower of news about Sealand for many years and am saddened at this passing of an era.

The Telegraph has a history of the Sealand events and says, "With Michael having appointed his own son, James, as Prince Royal, Sealand remains one of the few micro-nations to have established a viable dynasty." NPR concludes with a quote from an earlier interview: ""I like a bit of adventure," Prince Roy told us. "It's the old British tradition."" The Daily Mail reports: "Major Bates passed away on Tuesday at a care home in Leigh-on-Sea, Essex, after a long battle with Alzheimer's." BBC has an obiturary that includes some funeral details. Ars Technica closes with this: "The British Embassy in Washington, DC did not respond to our request for comment." The Financial Times closes with a description of how Sealand stays afloat financially:


Today, Roy Bates’ principality – which bears the motto E mare libertas (from the sea, freedom) turns an income from selling mugs, T-shirts and titles: anyone can become a lord or lady of Sealand for the sum of £30.

It hosts web servers, and after an aborted effort in 2007 to invite outsiders to bid for a share of the principality, now sells its land by the square foot through sealandgov.org.

The Guardian has an obituary that includes this:


The fort retains a seedy glamour, however, along with its motto, E Mare Libertas – From the Sea, Freedom (even if rare visitors in the pirate-radio era were more likely to get Bates's greeting: "What the **** do you want?").

The picture at the top of the post is from Wikipedia.