Poison for the Fairies

Horror movies are not dangerous or evil like I've seen some people claim. Let's just get that out there where we can see it. Some horror movies may be about evil, but so also can film noir or children's movies or Bible stories or classic literature or mystery/detective films. Horror is a film genre that dates back to the beginnings of film, as horror stories date back to the beginnings of story-telling. Horror movies range from old silent animated comedy shorts to classic films that are psychological dramas or thrillers.

All of us have film preferences, but it can be hard to know where to start with a film genre you don't like the idea of and know nothing about. As I was with romantic comedies, so many people are with horror. I'd like to give a few examples of places to start with horror. 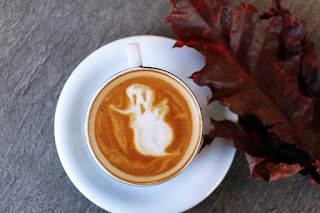 Poison for the Fairies is a 1984 Mexican horror film. It has fairies, witches, and children, with a child being the most horrifying.

The Spinning Image says, "This is an eerie and poetic children’s horror that really gets under your skin." Rotten Tomatoes has an audience score of 78%, so over 3/4 of critics gave it a positive review.
Posted by Divers and Sundry at 4:00 AM