but this time we were nowhere near Beale. The Daughter and I drove out to Shelby Farms Park to the trail head of the Greenline, a project that's transforming abandoned railroads into bike/pedestrian trails. 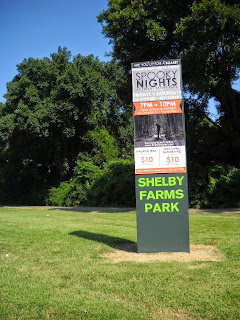 Starting at this end may not be the best idea if you aren't going to walk the entire 6 1/2 mile stretch. There's precious little shade at this end. There are some flowers, though: 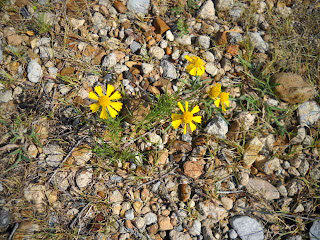 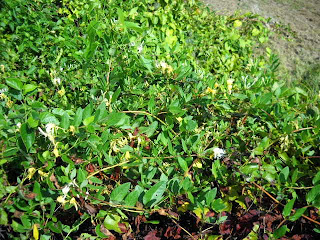 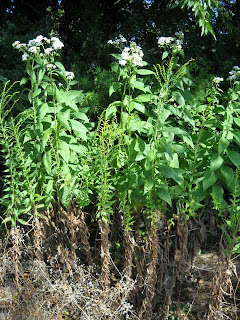 Two different people warned me about snakes as I was taking those pictures, but I'm honestly not worried about snakes. I was making plenty of noise, and I was not off the trail in the flowers. The first person acted so shocked at my response that I just said, "Thank you," to the second.

The trail crosses the Wolf River: 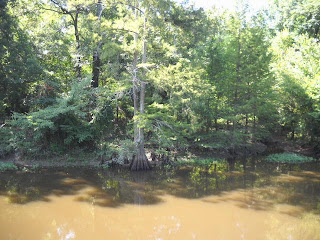 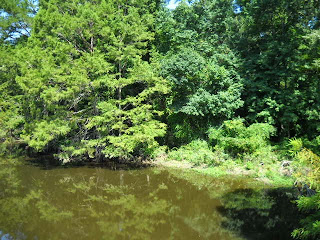 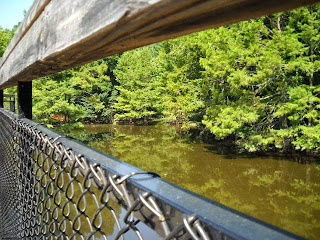 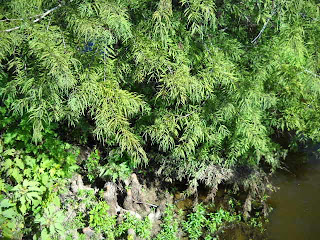 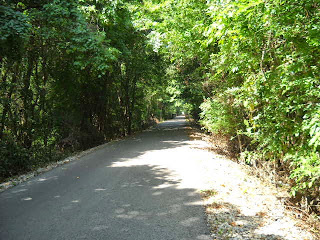 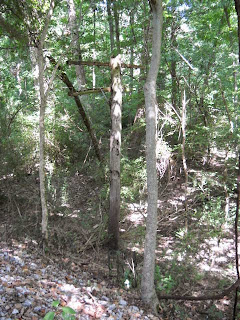 and even more water: 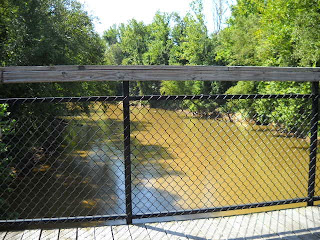 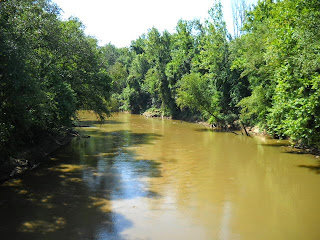 and what looks like the beginnings of a "love locks" bridge: 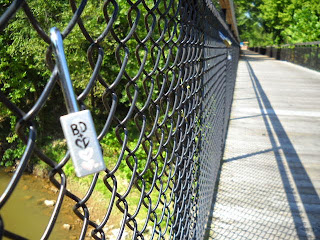 but the one in France collapsed from the weight, so let's not get too carried away.

We ran into some construction on/over the trail: 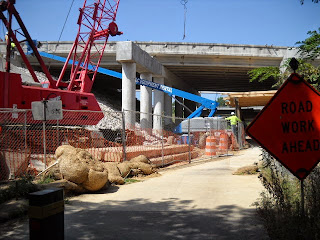 There were signs instructing cyclists to dismount when traveling through the construction zone, but not a single one did. In fact the cyclists were, with very few exceptions, very rude, speeding by within touching distance. The few who said, "On your left," as they approached were refreshing. The entitled bastard who yelled, "Get back!" as he raced past leaving us reeling in his wake was more typical. It's not like we were hogging the trail; we were clearly occupying less than half of it, staying as far to the right as possible. I swear, I'm beginning to believe that "cyclists" is to "pedestrians" as "car drivers" is to "cyclists". They complain about the exact same abuse from car drivers that they then turn around and heap on pedestrians.

Ah, well, all I can do is try to obey the road rules as they apply to me and try to treat my fellow travellers with some kindness and courtesy. I'm not sure why I resent the cyclists' rudeness so much. Maybe it's because they do complain so much about their treatment by folks in cars.

We found one piece of public art (though this may be no more than simple tagging graffiti) on this section of the greenline: 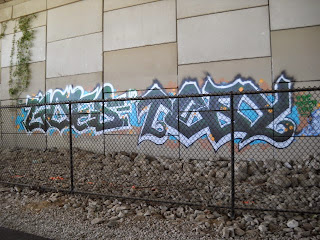 We stopped at this intersection: 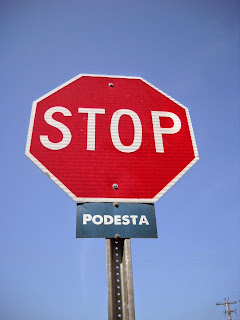 which was about 2 1/2 miles in. We'll start here next time. We're hoping for more shade the further west we go. This trail is used by commuters and fitness walkers and explorers -pedestrians and cyclists alike. It really is a wonderful addition to the city.
Posted by Divers and Sundry at 4:30 AM