The Only Death in the City

The Only Death in the City is a 1981 fantasy short story by C.J. Cherryh. You can read it online here. It begins,


It was named the City of Lights. It had known other names in the long history of Earth, in the years before the sun turned wan and plague-ridden, before the moon hung vast and lurid in the sky, before the ships from the stars grew few and the reasons for ambition grew fewer still. It stretched as far as the eye could see . . . if one saw it from the outside, as the inhabitants never did. It was so vast that a river flowed through it, named the Sin, which in the unthinkable past had flowed through a forest of primeval beauty, and then through a countless succession of cities, through ancient ages of empires. The City grew about the Sin, and enveloped it, so that, stone-channeled, it flowed now through the halls of the City, thundering from the tenth to the fourteenth level in a free fall, and flowing meekly along the channel within the fourteenth, a grand canal which supplied the City and made it self-sufficient. The Sin came from the outside, but it was so changed and channeled that no one remembered that this was so. No one remembered the outside. No one cared. The City was sealed, and had been so for thousands of years. 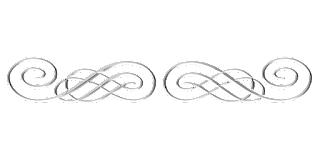