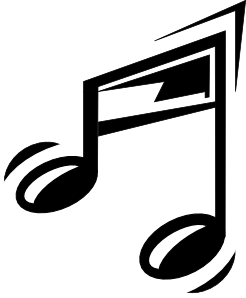 The Daughter and I went to a local book shop one night recently only to be amazed at the crowd. There was music playing, so we worked our way back to the back to see what was going on. The massed crowd was mingling and chatting and drinking martinis and completely ignoring the music. Background music. The musicians would stop and start again, but no one seemed to notice. I was tempted to applaud loudly at the next pause, but I decided that perhaps the intrusion of a wildly applauding middle-aged woman in a denim jumper and straw hat wouldn't be appreciated by these cocktail-swilling, high-heeled yuppies.

A guy who worked in the cafe told The Daughter that it was some kind of literacy benefit, but I'm missing the part where closing off a section of the bookstore aids literacy. I bought one book and The Daughter bought two, and a percentage of that will go to whatever the cause was.

I think they should have music that people would actually listen to next time, but then I never understood the whole "elevator music" concept.
Posted by Divers and Sundry at 6:30 AM