The Beckoning Fair One 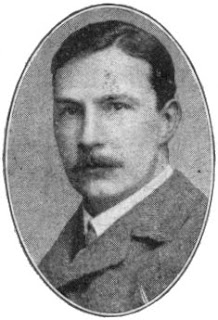 The Beckoning Fair One is a ghost story written by Oliver Onions, who died in 1961. The text is available online. Listen to it read to you:

It was published in 1911 in the book Widdershins, which is also available online. You can listen to it here. I enjoyed it. It'd been such a long time since I'd read a short story -and a horror short story at that. This was eerily satisfying. I find myself ready for some short stories after not having read any in decades until this recent return.


THE THREE OR four "TO Let" boards had stood within the low paling as long as the inhabitants of the little triangular "Square" could remember, and if they had ever been vertical it was a very long time ago. They now overhung the palings each at its own angle, and resembled nothing so much as a row of wooden choppers, ever in the act of falling upon some passer-by, yet never cutting off a tenant for the old house from the stream of his fellows. Not that there was ever any great "stream" through the square; the stream passed a furlong and more away, beyond the intricacy of tenements and alleys and byways that had sprung up since the old house had been built, hemming it in completely; and probably the house itself was only suffered to stand pending the falling-in of a lease or two, when doubtless a clearance would be made of the whole neighbourhood.

It was of bloomy old red brick, and built into its walls were the crowns and clasped hands and other insignia of insurance companies long since defunct. The children of the secluded square had swung upon the low gate at the end of the entrance-alley until little more than the solid top bar of it remained, and the alley itself ran past boarded basement windows on which tramps had chalked their cryptic marks. The path was washed and worn uneven by the spilling of water from the eaves of the encroaching next house, and cats and dogs had made the approach their own. The chances of a tenant did not seem such as to warrant the keeping of the "To Let" boards in a state of legibility and repair, and as a matter of fact they were not so kept.

For six months Oleron had passed the old place twice a day or oftener, on his way from his lodgings to the room, ten minutes' walk away, he had taken to work in; and for six months no hatchet-like notice-board had fallen across his path. This might have been due to the fact that he usually took the other side of the square. But he chanced one morning to take the side that ran past the broken gate and the rain-worn entrance alley, and to pause before one of the inclined boards. The board bore, besides the agent's name, the announcement, written apparently about the time of Oleron's own early youth, that the key was to be had at Number Six.

Now 0leron was already paying, for his separate bedroom and workroom, more than an author who, without private means, habitually disregards his public, can afford; and he was paying in addition a small rent for the storage of the greater part of his grandmother's furniture. Moreover, it invariably happened that the book he wished to read in bed was at his working-quarters half a mile or more away, while the note or letter he had sudden need of during the day was as likely as not to be in the pocket of another coat hanging behind his bedroom door. And there were other inconveniences in having a divided domicile. Therefore 0leron, brought suddenly up by the hatchet-like notice board, looked first down through some scanty privet-bushes at the boarded basement windows, then up at the blank and grimy windows of the first floor, and so up to the second floor and the flat stone coping of the leads. He stood for a minute thumbing his lean and shaven jaw; then, with another glance at the board, he walked slowly across the square to Number Six.

He knocked, and waited for two or three minutes, but, although the door stood open, received no answer. He was knocking again when a long-nosed man in shirt-sleeves appeared.

"I was asking a blessing on our food," he said in severe explanation.

0leron asked if he might have the key of the old house; and the long-nosed man withdrew again.

0leron waited for another five minutes on the step; then the man, appearing again and masticating some of the food of which he had spoken, announced that the key was lost.

Oleron recrossed the square, descended the two steps at the broken gate, passed along the alley, and turned in at the old wide doorway. To the right, immediately within the door, steps descended to the roomy cellars, and the staircase before him had a carved rail, and was broad and handsome and filthy. Oleron ascended it, avoiding contact with the rail and wall, and stopped at the first landing. A door facing him had been boarded up, but he pushed at that on his right hand, and an insecure bolt or staple yielded. He entered the empty first floor.

LitGothic.com says, "this work is regarded by some — Algernon Blackwood, H. P. Lovecraft, E. F. Bleiler — as one of the very best classical ghost stories in English."


Oliver Onions was a master of the supernatural tale. His ghost stories were elegantly written and well plotted, and his characters were fully fleshed. He is known for psychological insight into his characters,

and says this about The Beckoning Fair One: "One of his earliest stories is also his most famous one and is considered by many to be among the finest English supernatural tales."

The online text does have quite a few typos -"N" for "No," "fir" for "for," "rom" for "room" and some punctuation, spacing and capitalization issues, for example. It distracts me but doesn't make the text unreadable. If it were a paper copy, I'd be making physical corrections.
Posted by Divers and Sundry at 11:30 AM