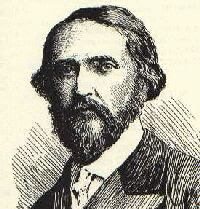 Green Tea is a psychological horror story written in 1872 by Sheridan le Fanu. It was published as part of the book In a Glass Darkly along with 4 other stories which -according to Wikipedia- "are presented as selections from the posthumous papers of the occult detective Dr Martin Hesselius." Green Tea can be read online.

In its bare outline, this story is mysterious enough, but when one tries to fathom just why poor Jennings is the victim here, it becomes even more so. How to account for the appearance to such a decent man of a leering, malignant, black monkey with a red aura?