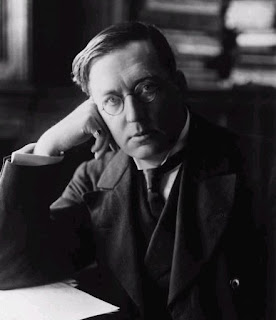 James redefined the ghost story for the new century by abandoning many of the formal Gothic clichés of his predecessors and using more realistic contemporary settings. However, James's protagonists and plots tend to reflect his own antiquarian interests. Accordingly, he is known as the originator of the "antiquarian ghost story".

The text of The Wailing Well is available to be read online. The story seems to have been written for a scout campfire and would serve that purpose well.

You can see all but the very last bit of it told by Robert Powell via youtube, here: