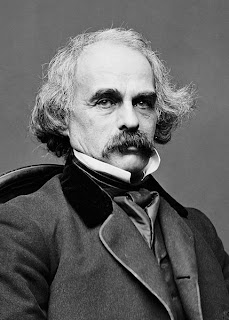 Rappaccini's Daughter is the tale of a poisonous maiden written in 1844 by Nathaniel Hawthorne. It can be read online. The story is unusual and might make a good introduction to Hawthorne for someone who didn't want to commit to a novel.

The Virginia Commonweath University webite has a critical overview which begins with this:

All of the features characteristic of Hawthorne's fiction are present with a vengeance in "Rappaccini's Daughter": ambiguity, symbolism, allegory, the Gothic, fantasy, the shallow young hero, the vital female character, the Faustian and diabolical character, the theme of faith, the theme of science, the presence of morality, the conflict between head and heart, the breaking of the chain of humanity, and even perhaps the unpardonable sin. Given all of this, one might well decide that "Rappaccini's Daughter" is not only the most problematic of all of Hawthorne's tales, but also the most characteristic.

There has been no general agreement as to the tale's interpretation and there is still no clear emerging consensus yet regarding its meaning. It has aroused a bewildering array of conflicting interpretations.

It has been adapted for film and for TV.

Hawthorne is much better known for his novels The Scarlet Letter and The House of Seven Gables.
Posted by Divers and Sundry at 11:30 AM