Hell Is the Absence of God 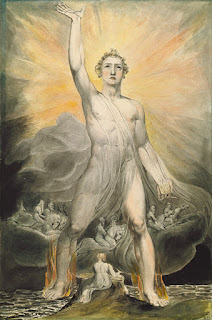 Hell Is the Absence of God is a 2001 award-winning theological fantasy story by Ted Chiang. You can read it online here. It begins,


This is the story of a man named Neil Fisk, and how he came to love God. The pivotal event in Neil’s life was an occurrence both terrible and ordinary: the death of his wife, Sarah. Neil was consumed with grief after she died, a grief that was excruciating not only because of its intrinsic magnitude, but because it also renewed and emphasized the previous pains of his life. Her death forced him to reexamine his relationship with God, and in doing so he began a journey that would change him forever.