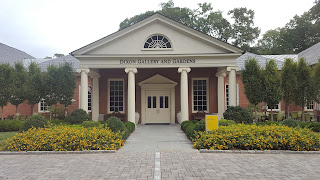 The Dixon Gallery describes their Edward Giobbi: An Artist Comes to Memphis:


'Edward Giobbi: An Artist Comes to Memphis' explores Giobbi's lasting connection with the people he met during the year he spent in the city. It's such a vibrant and emotional exhibition, and it's on view now through September.

on their Facebook page. This photo also came from the Dixon FB page: 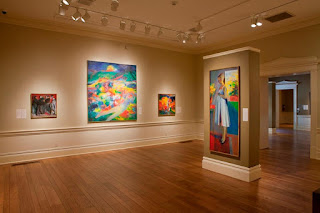 Edward Giobbi has a website here that has photos of some of his work. The I Love Memphis blog explains the Memphis connection:


In 1959, Edward Giobbi married Elinor “Ellie” Turner, a Memphis native then living in New York. ... When the Giobbi family returned to the United States in 1960, they settled in Memphis. The Turners were (and are) a well-known family in Memphis. Ellie’s brother ... was one of Mr. Dixon’s closest friends, and was one of the founding trustees of the Hugo Dixon Foundation (which formed the Dixon Gallery and Gardens). The Giobbi family only spent one year in Memphis, but it was long enough for Edward to attract an interested local audience.

I had three particular favorites from this exhibition:

Study for a Religious Painting: 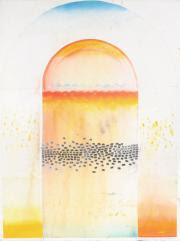