Your God Is Too Small 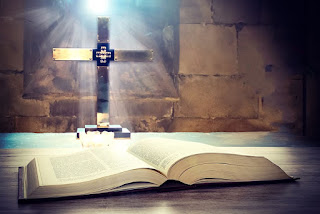 Your God Is Too Small is a non-fiction 1953 book by J.B. Phillips. You can read it online here. It begins,


No one is ever really at ease in facing what we call “life” and “death” without a religious faith. The trouble with many people today is that they have not found a God big enough for modern needs. While their experience of life has grown in a score of directions, and their mental horizons have been expanded to the point of bewilderment by world events and by scientific discoveries, their ideas of God have remained largely static.

It is obviously impossible for an adult to worship the conception of God that exists in the mind of a child of Sunday-school age, unless he is prepared to deny his own experience of life. If, by a great effort of will, he does do this he will always be secretly afraid lest some new truth may expose the juvenility of his faith. And it will always be by such an effort that he either worships or serves a God who is really too small to command his adult loyalty and cooperation.

It often appears to those outside the Churches that this is precisely the attitude of Christian people. If they are not strenuously defending an outgrown conception of God, then they are cherishing a hothouse God who could only exist between the pages of the Bible or inside the four walls of a Church. Therefore to join in with the worship of a Church would be to become a party to a piece of mass-hypocrisy and to buy a sense of security at the price of the sense of truth, and many men of goodwill will not consent to such a transaction.

It cannot be denied that there is a little truth in this criticism. There are undoubtedly professing Christians with childish conceptions of God which could not stand up to the winds of real life for five minutes. But Christians are by no means always unintelligent, naive, or immature. Many of them hold a faith in God that has been both purged and developed by the strains and perplexities of modern times, as well as by a small but by no means negligible direct experience of God Himself. They have seen enough to know that God is immeasurably “bigger” than our forefathers imagined, and modern scientific discovery only confirms their belief that man has only just begun to comprehend the incredibly complex Being who is behind what we call “life.”

Many men and women today are living, often with inner dissatisfaction, without any faith in God at all. This is not because they are particularly wicked or selfish or, as the old-fashioned would say, “godless,” but because they have not found with their adult minds a God big enough to “account for” life, big enough to “fit in with” the new scientific age, big enough to command their highest admiration and respect, and consequently their willing co-operation.

It is the purpose of this book to attempt two things: first to expose the inadequate conceptions of God which still linger unconsciously in many minds, and which prevent our catching a glimpse of the true God; and secondly to suggest ways in which we can find the real God for ourselves. If it is true that there is Someone in charge of the whole mystery of life and death, we can hardly expect to escape a sense of futility and frustration until we begin to see what He is like and what His purposes are.

*******
I would disagree with that first sentence, but the rest of this, dated somewhat though it is, is helpful especially as we seek reassurance that the King James Only cultists, the Dominionists, the Fundamentalists, and such like are not the true holders to the Christian Faith but just a tiny minority of it-seems-to-me adherents.

His scholarly paraphrase of the New Testament of the Christian Bible is available online here. 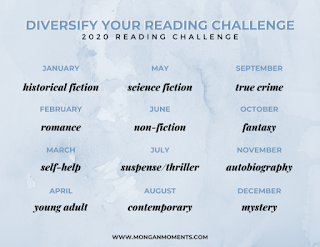 The reading challenge selection for June is non-fiction, so this is early. Not that anybody cares. This is an individual internet challenge, after all, so flexible is the word.
Posted by Divers and Sundry at 4:00 AM