The Apparition of Mrs. Veal 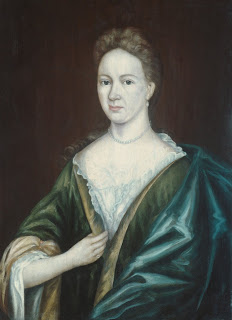 The Apparition of Mrs. Veal (1706) by Daniel Defoe is considered by many to be the first modern ghost story. It's fascinating to read these old tales, and you can read this one online here and listen to it here. It begins,


This thing is so rare in all its circumstances, and on so good authority, that my reading and conversation has not given me anything like it: it is fit to gratify the most ingenious and serious inquirer. Mrs. Bargrave is the person to whom Mrs. Veal appeared after her death; she is my intimate friend, and I can avouch for her reputation, for these last fifteen or sixteen years, on my own knowledge; and I can confirm the good character she had from her youth, to the time of my acquaintance. Though, since this relation, she is calumniated by some people, that are friends to the brother of this Mrs. Veal, who appeared; who think the relation of this appearance to be a reflection, and endeavour what they can to blast Mrs. Bargrave's reputation, and to laugh the story out of countenance. But by the circumstances thereof, and the cheerful disposition of Mrs. Bargrave, notwithstanding the ill-usage of a very wicked husband, there is not yet the least sign of dejection in her face; nor did I ever hear her let fall a desponding or murmuring expression; nay, not when actually under her husband's barbarity; which I have been witness to, and several other persons of undoubted reputation.

Now you must know, Mrs. Veal was a maiden gentlewoman of about thirty years of age, and for some years last past had been troubled with fits; which were perceived coming on her, by her going off from her discourse very abruptly to some impertinence. She was maintained by an only brother, and kept his house in Dover. She was a very pious woman, and her brother a very sober man to all appearance; but now he does all he can to null or quash the story. Mrs. Veal was intimately acquainted with Mrs. Bargrave from her childhood. Mrs. Veal's circumstances were then mean; her father did not take care of his children as he ought, so that they were exposed to hardships; and Mrs. Bargrave, in those days, had as unkind a father, though she wanted neither for food nor clothing, whilst Mrs. Veal wanted for both; insomuch that she would often say, Mrs. Bargrave, you are not only the best, but the only friend I have in the world, and no circumstance of life shall ever dissolve my friendship. They would often condole each other's adverse fortunes, and read together Drelincourt upon Death, and other good books; and so, like two Christian friends, they comforted each other under their sorrow.

Some time after, Mr. Veal's friends got him a place in the custom-house at Dover, which occasioned Mrs. Veal, by little and little, to fall off from her intimacy with Mrs. Bargrave, though there was never any such thing as a quarrel; but an indifference came on by degrees, till at last Mrs. Bargrave had not seen her in two years and a half; though above a twelvemonth of the time Mrs. Bargrave hath been absent from Dover, and this last half year has been in Canterbury about two months of the time, dwelling in a house of her own.

In this house, on the 8th of September, 1705, she was sitting alone in the forenoon, thinking over her unfortunate life, and arguing herself into a due resignation to providence, though her condition seemed hard. And, said she, I have been provided for hitherto, and doubt not but I shall be still; and am well satisfied that my afflictions shall end when it is most fit for me: and then took up her sewing-work, which she had no sooner done, but she hears a knocking at the door. She went to see who was there, and this proved to be Mrs. Veal, her old friend, who was in a riding-habit. At that moment of time the clock struck twelve at noon.