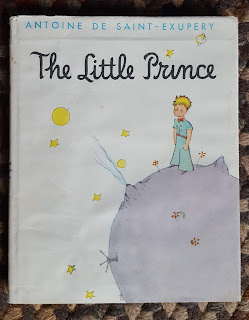 The Little Prince is a 1943 book, which I read in French back in the days when I knew some French. I have read it several times in the English translation. This book is a treasure, and I'd recommend it to anyone of any age. You can read it online here.

I've seen two of the many adaptations. The 1974 version is a musical starring Gene Wilder as the Fox. I saw it when it was first released to theaters and love it dearly even now.

I recently watched the 2015 adaptation on Netflix. It's quite different, being an animation, but every bit as delightful.