They Live By Night

They Live By Night is a 1948 film noir directed by Nicholas Ray in his first feature film. Farley Granger stars.

Here's the young couple at the coffee shop: 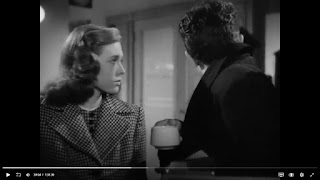 as he looks over his shoulder at the neon "Weddings Performed" sign. I'll have a cuppa, too, 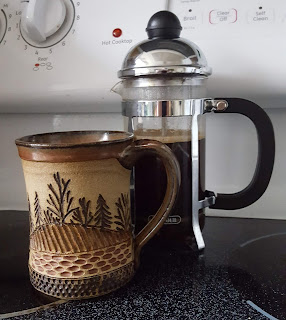 to join the T Stands for Tuesday blogger gathering.

This will even count as a Christmas movie as you look for something different for the holiday season: 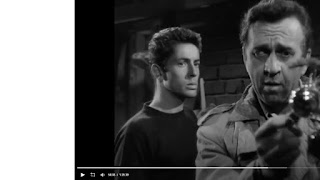 The leader of this little gang insists the kid join them in another bank robbery as he pokes at the ornaments the kid has just put on his and his new bride's Christmas tree.

Here's another screenshot of the tree and one of the tinsel decorating the mantle: 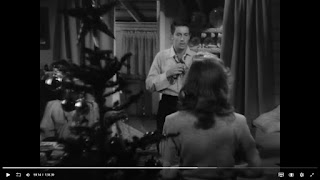 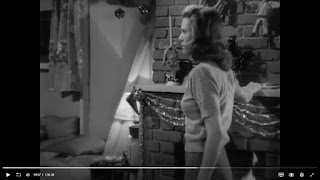 The New York Times review from the time of the film's release praises it saying,


A commonplace little story about a young escaped convict "on the lam" and his romance with a nice girl whom he picks up and marries is told with pictorial sincerity and uncommon emotional thrust ... this crime-and-compassion melodrama has the virtues of vigor and restraint.

Slant Magazine concludes, "Simultaneously tough-minded and delicate, the film is an exquisite stage-setter for Nicholas Ray’s career". Time Out closes with this: "Passionate, lyrical, and imaginative, it's a remarkably assured debut, from the astonishing opening helicopter shot that follows the escaped convicts' car to freedom, to the final, inexorably tragic climax."

Variety says, "Underneath They Live By Night is a moving, somber story of hopeless young love. There’s no attempt at sugarcoating a happy ending, and yarn moves towards its inevitable, tragic climax without compromise." Senses of Cinema says, "They Live By Night is regularly cited as the most significant progenitor of the ‘outlaw lovers on the run’ narrative. Succeeded by films as diverse as Bonnie and Clyde (Arthur Penn, 1967) and Natural Born Killers (Oliver Stone, 1994), Ray’s film remains the standard bearer for the genre."

100% of Rotten Tomatoes critics like it.
Posted by Divers and Sundry at 4:00 AM