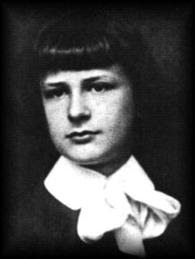 
[Death in Venice] is a haunting masterpiece about an eminent write, Gustave Aschenbach, who is weary of his work and travels to Venice for a vacation. But his notions of relaxation quickly give way to an upheaval at once disturbing and exhilarating, as he falls passionately in love with a beautiful Polish boy.

You can read a translation from 1912 online here. It begins,


Gustav Aschenbach, or von Aschenbach, as his official surname had been since his fiftieth birthday, had taken another solitary walk from his apartment in Munich’s Prinzregentenstraße on a spring afternoon of the year 19.., which had shown the continent such a menacing grimace for a few months. Overexcited by the dangerous and difficult work of that morning that demanded a maximum of caution, discretion, of forcefulness and exactitude of will, the writer had been unable, even after lunch, to stop the continued revolution of that innermost productive drive of his, that motus animi continuus, which after Cicero is the heart of eloquence, and had been thwarted trying to find that soothing slumber which he, in view of his declining resistance, needed so dearly. Therefore he had gone outside soon after tea, hoping that fresh air and exertion would regenerate him and reward him with a productive evening.

It was early May, and, after some cold and wet weeks, a faux midsummer had begun. The Englische Garten, although only slightly leafy, was humid as in August and had been teeming with carriages and strollers where it was close to the city. At the Aumeister, where increasingly serene paths had led him, he had surveyed the popular and lively Wirtsgarten, on the bounds of which some cabs and carriages were parking, he had started his saunter home across the fields outside of the park while the light was fading, and waited, since he felt exhausted and a thunderstorm seemed imminent over Föhring, for the tram which was to carry him in a straight line back to the city. He happened to find the station and its surroundings completely deserted. Neither on the paved Ungererstraße, on which the lonely-glistening rails stretched towards Schwabing, nor on the Föhringer Chaussee a cart could be seen; nothing stirred behind the fences of the stonecutters, where crosses, commemorative plates, and monuments for sale formed a second, uninhabited cemetery and the Byzantine edifice of the mortuary chapel on the other side of the street lay silent in the last light of the parting day. Its front wall, decorated with Greek crosses and emblems in bright colors, furthermore sports symmetrically aligned biblical inscriptions concerning the afterlife, such as: “THEY ENTER THE HOUSE OF GOD” or “THE ETERNAL LIGHT MAY SHINE UPON THEM”; and the waiter for a time had found a reasonable entertainment in reading the phrases and letting his mind’s eye wander in their iridescent mystery, when he, returning from his reverie, had noticed a man in the portico, close to the apocalyptic beasts which guard the staircase, whose wholly unusual appearance steered his thoughts into a completely different direction.

The photo at the top of the page is of the boy who was the inspiration for the story.
Posted by Divers and Sundry at 4:00 AM