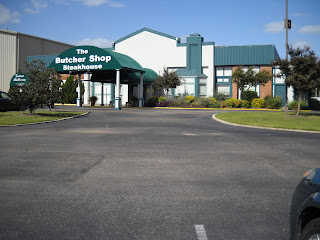 The Husband wanted to go out to the Butcher Shop for lunch a while back to get a hamburger. I had been to the one downtown once long years ago at night but had never been to the one out at the Agricenter. They have a Fresh Burger Friday special. It comes with packaged chips, but all they had out was sour cream and onion. We ordered the fries instead. It was a perfectly respectable hamburger, though dryer than most. And no pickles? The Husband got a slice of American cheese and some bacon for his. The service was unremarkable. If I'm going to spend almost $9 for a burger and fries -not including the drink- there are others I'd rather have. 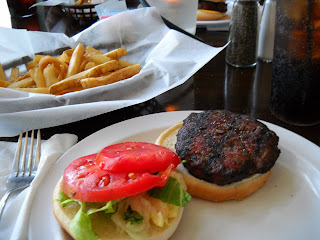