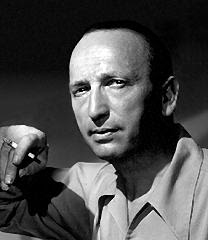 Today is the anniversary of the death in 1962 of film director Michael Curtiz. His first film was in 1912 and his last in 1961. FilmReference.com begins their overview of his career by saying, "The films of Michael Curtiz have come to symbolize Warner Brothers Studios of the 1930s and 1940s. Curtiz directed many favorites from that era..."