Listen to Britain is a 1942 British propaganda short (10-minute) film. from Wikipedia:


In Listen to Britain, Jennings is selling a myth of national unity; that in spite of pre-war differences all classes were united in war socialism but it's a bottom up view that highlights individuality, the "unity within difference". Having learnt through Mass Observation that the British people were uncomfortable with detecting propaganda, Jennings used a poetic style to mask it. The use of sound was vital in this, allowing the montage of shots to imply hidden meaning, such as the sound of an unseen aircraft on a seemingly peaceful day. Edgar Anstey feared the "beauty" would detract from the message and when the film was released in America, an introduction was added because the art had made the message ambiguous. Only at the end was the film's ambiguity dropped as Rule, Britannia! plays out over a sequence that at last implies 'totalised' unity. "Propaganda finally wins out over poetry".


We have our own propaganda, of course, as all countries do. 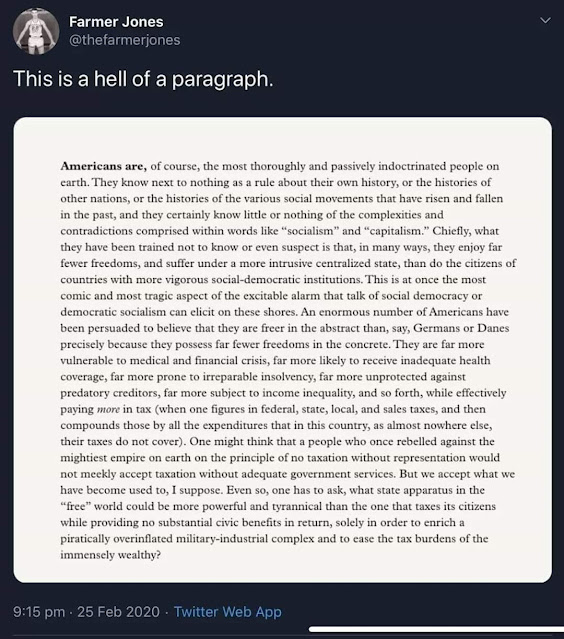