Three on a Match

Three on a Match is a 1932 pre-code crime drama with Joan Blondell, Warren William, Ann Dvorak, Bette Davis, and Humphrey Bogart. You can watch it online here. Blondell's publicity photo was later banned:


I'd enjoy the outing: 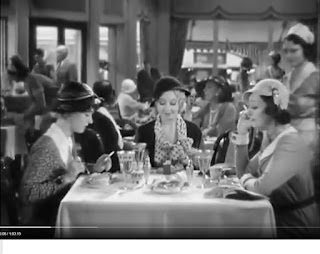 but not the cigarettes.

Pre-Code.com says, "Denounced by critics and ignored at the box office, it’s become a cornerstone for serious cinema students when exploring the movies of the early 1930s. It embodies the Warner Bros. style while showcasing strong women characters all with irrepressible momentum." TCM has an overview.

Please join me at the T Stands for Tuesday blogger gathering hosted by Bleubeard and Elizabeth.
Posted by Divers and Sundry at 4:00 AM