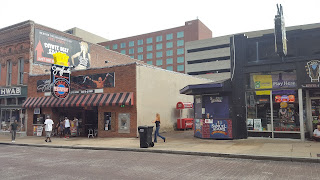 The Daughter and I were hunting Pokemon in downtown Memphis and ended up on Beale Street in time for a late lunch. We picked King Jerry Lawler's Hall of Fame Bar & Grille mainly because we'd never been there before. I was never a huge wrasslin' fan, but I did like Tojo Yamamoto for some reason. Jerry "the King" Lawler is a Memphis legend from way back and one of the three kings of Memphis: Elvis, B.B. King, and Lawler.

We got a kick out of the exhibits and decor: 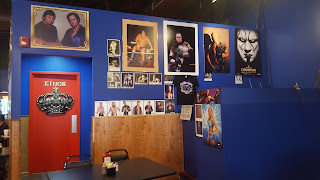 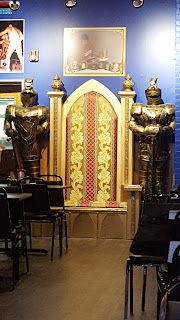 We had the barbecue: 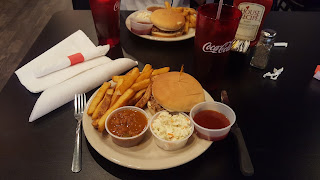 and everything was tasty. We'd definitely recommend the food. As I said, we were there for a late lunch -around 4 or so- and were still there when the music started. A blues guitar player set up and sang on this stage: 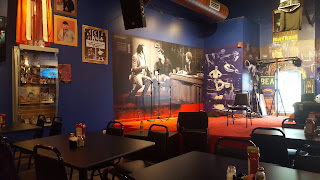 I wish we could've stayed and heard more from him, but I needed to get back home and The Daughter needed to pick up her husband at work. This is a fun addition to Beale Street, and we'll certainly go back. I hear Lawler is personally involved and is often on site. You wouldn't go wrong stopping in here.