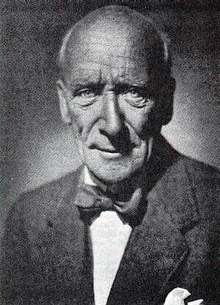 The Wendigo is a 1910 weird tale by Algernon Blackwood. It's based on a monster from Algonquin legend. You can read Blackwood's story online. You can listen to it here while a video of a campfire plays. It begins easily enough before descending into horror. If you're tired of the gore or maybe never could get into gory horror, this story and others like it might suit you well.

A considerable number of hunting parties were out that year without finding so much as a fresh trail; for the moose were uncommonly shy, and the various Nimrods returned to the bosoms of their respective families with the best excuses the facts of their imaginations could suggest. Dr. Cathcart, among others, came back without a trophy; but he brought instead the memory of an experience which he declares was worth all the bull moose that had ever been shot. But then Cathcart, of Aberdeen, was interested in other things besides moose—amongst them the vagaries of the human mind. This particular story, however, found no mention in his book on Collective Hallucination for the simple reason (so he confided once to a fellow colleague) that he himself played too intimate a part in it to form a competent judgment of the affair as a whole....

and from a bit further on:

The two men lay down, without undressing, upon their beds of soft balsam boughs, cunningly arranged. Inside, all was warm and cozy, but outside the world of crowding trees pressed close about them, marshalling their million shadows, and smothering the little tent that stood there like a wee white shell facing the ocean of tremendous forest.

Between the two lonely figures within, however, there pressed another shadow that was not a shadow from the night. It was the Shadow cast by the strange Fear, never wholly exorcised, that had leaped suddenly upon Défago in the middle of his singing. And Simpson, as he lay there, watching the darkness through the open flap of the tent, ready to plunge into the fragrant abyss of sleep, knew first that unique and profound stillness of a primeval forest when no wind stirs ... and when the night has weight and substance that enters into the soul to bind a veil about it.... Then sleep took him....

Tim's Book Reviews recommends it saying, "If you have read Bram Stoker and Mary Shelley and are looking for more authors of their ilk, look no further than Algernon Blackwood." Weird Fiction Review includes this story in its discussion of Blackwood.

The photo at the top of the page is of Blackwood and came from Wikipedia.
Posted by Divers and Sundry at 4:00 AM