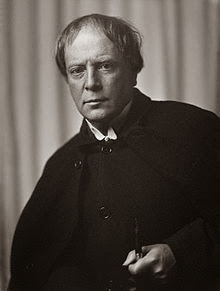 The Great God Pan is a well-respected and influential horror story by Arthur Machen. Both H.P. Lovecraft and Stephen King were influenced by this work. The story can be read online, and you can listen to it on Librivox.

It's an eerie alternative for you if you want something a bit creepy for the season but don't want to go the gore/slasher route.

The Guardian call Machen "the forgotten father of weird fiction" The Wales Arts Review says, "Machen won’t show you it all, he is not an explicit writer, where the horror is all described, splatter by splatter. Rather he nudges the reader forward with studied nuance and telling detail, setting his sentences like traps, like the blackest of spiders." The Edwardian Adventurer calls it "a masterwork of horror and dread".
Posted by Divers and Sundry at 4:00 AM