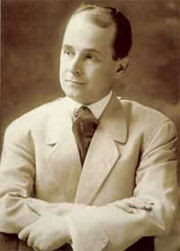 Today is the anniversary of the death in 1934 of pioneer American animator Winsor McCay. I wrote a post on him back in 12/2007 in which I embedded several videos of his marvelous short films. There is a short illustrated biography here and another here. FilmReference.com has a page here. The blog Meeting McCay says it is meant to be a

one-stop-spot for anyone seeking information on McCay - his life, his art, and they many ways he's been honored over the years. And it's intended to be place (for anyone who is interested) to keep up-to-date on the progress we're making in Spring Lake MI to create a permanent, physical, tribute to the man and his legacy.

McCay Day is a new festival held in McCay's home town. There is an annual Winsor McCay Award, first awarded in 1972, which

stands as one of the highest honors given to an individual in the animation industry in recognition for career contributions to the art of animation.

The photo at the top of the post is from the Winsor McCay Wikipedia article.

12/30/2009: Little Nemo has been selected for preservation by the National Film Registry.
Posted by Divers and Sundry at 9:15 PM