an American stage and film actress, civil rights activist, performer, and writer. Washington was of European and African admixture, being one of the first people of color to gain recognition for their film and stage work back in the 1920s and 30s.

Washington never tried to "pass" as white and spoke against it as dishonest, but


her best-known role was in the 1934 movie Imitation of Life; Washington played a young, light skinned black woman who chose to pass as white to seek more opportunities in a society restricted by legal racial segregation in some states and social discrimination in others.

In Ouanga she plays a black plantation owner who uses voodoo to raise zombies to use against her male neighbor and former lover who has chosen a white woman to marry. I sometimes see this available online.


It is interesting for its time and in what it says about power dynamics during the period. It's less than an hour long and easy to watch.

Perhaps you'll join me for a cozy beverage: 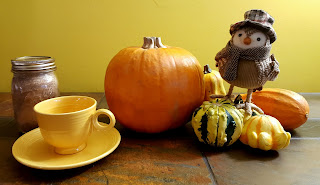 while we visit T Stands for Tuesday, the weekly blogger gathering hosted by Bluebeard and Elizabeth.