Braindead (or Dead Alive) is an award-winning 1992 New Zealand comedy zombie film directed by Peter Jackson. The gore is over the top in this one.


Moria has a glowing review and says, "Braindead achieves something that approaches inspired genius in the heretofore unknown artform of human carnage". Horror Freak News recommends it. HorrorNews.net has screen shots of the gore and recommends the Bluray release.


initial rentals of the New Zealand indie zombie-flick, Braindead (released here in the states as Dead Alive), came supplied with vomit bags, but having just watched the film, I now know that the video retailers just had their customer’s best interest in mind. But this little tidbit should not discourage viewers. There is much to admire about a film like this


Rotten Tomatoes has a critic consensus rating of 86% and 87% for the audience score.

*******
I love horror films in October, and there are so many different kinds it's hard not to find some type you can enjoy. I'm not a particular fan of comedy horror films or gore, but I do like to sample a variety of what's out there just to broaden my horizons. 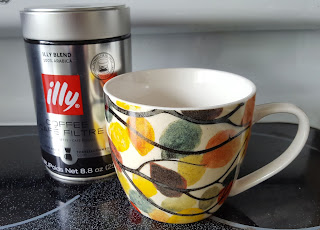 as I join the T Stands for Tuesday blogger gathering hosted by Bleubeard and Elizabeth.
Posted by Divers and Sundry at 4:00 AM