The Graveless Doll of Eric Mutis 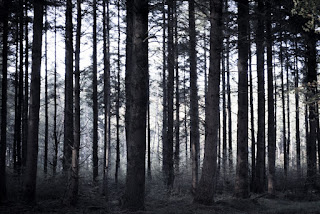 The Graveless Doll of Eric Mutis is a short story by Karen Russell. It takes place in late September. You can read it online here. It begins,


The scarecrow that we found lashed to the pin oak in Friendship Park, New Jersey, was thousands of miles away from the yellow atolls of corn where you might expect to find a farmer’s doll. Scarecrow country was the actual country, everybody knew that. Scarecrows belonged to countrymen and women. They lived in hick states, the “I” states, exotic to us: Iowa, Indiana. Scarecrows made fools of the birds, and smiled with lifeless humor. Their smiles were fakes, threads. (This idea appealed to me — I was a quiet kid myself, branded “mean,” and I liked the idea of a mouth that nobody expected anything from, a mouth that was just red sewing.) Scarecrows got planted into the same soil as their crops; they worked around the clock, like charms, to keep the hungry birds at bay. That was how it worked in TV movies, at least: horror-struck, the birds turned shrieking circles around the far-below peak of the scarecrow’s hat, afraid to land. They haloed him. Underneath a hundred starving crows, the TV scarecrow seemed pretty sanguine, grinning his tickled, brainwashed grin at the camera. He was a sort of pitiable character, I thought, a jester in the corn, imitating the farmer — the real king. All day and all night, the scarecrow had to stand watch over his quilty hills of wheat and flax, of rye and barley and three other brown grains that I couldn’t remember (my brain stole this image from the seven-grain Quilty Hills Muffins bag — at school I cheated shamelessly and I guess my imagination must have been a plagiarist too, copying its homework).

This mission had nothing to do with us or with our city of Anthem, New Jersey. Anthem had no crops, no silos, no crows — it had turquoise Port-o-Pottys and neon alleys, construction pits, dogs in purses, bag ladies with powerful smells and opinions, garbage dumps haunted by the wraith white pigeons; it had our school, the facade of which was currently covered with a glorious psychedelic phallus mosaic, a series of interlocking dicks spray painted to the scale of Picasso’s Guernica by Anthem’s tenth-grade graffiti kings; it had policemen, bus drivers, crossing guards; dolls were sold in stores.

And we were city boys. We lived in projects that were farm antonyms, these truly shitbox apartments. If flowers bloomed on our sooty sills, it must have been because of some plant Stockholm syndrome, a love our sun did not deserve. Our familiarity with the figure of the scarecrow came exclusively from watered-down L. Frank Baum cartoons, and from the corny yet frightening “Autumn’s Bounty!” display in the Food Lion grocery store, where every year a scarecrow got propped a little awkwardly between a pilgrim, a cornucopia, and a scrotally wrinkled turkey. The Food Lion scarecrow looked like a broomin a Bermuda shirt, a broomwith acne, ogling the ladies’ butts as they bent to buy their diet yogurts — once I’d heard a bag boy joke that it was there to spook the divorcees. What we found in Friendship Park in no way resembled the Food Lion scarecrow. At first I was sure the thing tied to the oak was dead, or alive. Real, I mean.

“Hey, you guys,” I swallowed. “Look — ” And pointed to the pin oak, where a boy our age was belted to the trunk. Somebody in blue jeans and a T-shirt that had faded to the same earthworm color as his hair, a white boy, doubled over the rope. His hair clung tight as a cap to his scalp, as if painted on, and his face looked like a brick of sweating cheese.

Gus got to the kid first. “You retards.” His voice was high with relief. “It’s just a doll.” He punched its stomach. “It’s got straw inside it.”