Siren of the Tropics

Siren of the Tropics is a 1927 film, the first film of Josephine Baker. I first read about this film here at A Cinema History, where there's a plot description and some screen shots. This is a fascinating film.

You can watch it online at this link or below:

Please join me at the T Stands for Tuesday blogger gathering at Bleubeard and Elizabeth's blog. I'll be having a cup of spice tea (an instant mix I make every year from a recipe that was called Russian tea). My recipe is here. 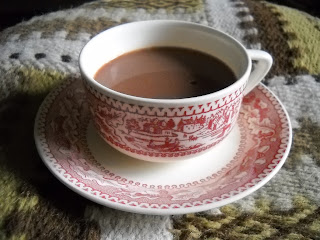