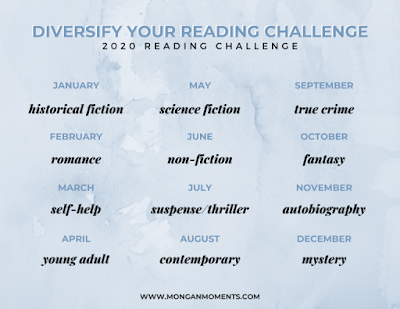 This month's book challenge calls for a "contemporary" book. I had to look up "contemporary literature" because I was unsure how wide a time span "contemporary" covered. It was helpful to find this definition:

What is Contemporary Literature?

The word contemporary means living, belonging to or occurring in the present. So when we talk about contemporary literature, we are talking about literature that is being written in the now about the now. But what does the now encompass?

Works of contemporary literature reflect a society's social and/or political viewpoints, shown through realistic characters, connections to current events and socioeconomic messages. The writers are looking for trends that illuminate societal strengths and weaknesses to remind society of lessons they should learn and questions they should ask. So when we think of contemporary literature, we cannot simply look at a few themes or settings. Since society changes over time, so do the content and messages of this writing.

but I was still unclear about the subject matter allowed. Wikipedia just limits the definition to a "setting generally after World War II". Other definitions deal with disputes over which works qualify. I did find a list, but finding books that have fallen into the public domain that fit into that timeframe and are available to read online is hard. Or I find it hard anyway.

Maud Martha, the only novel written by Pulitzer Prize winning African American poet Gwendolyn Brooks, was on the list. As it was available for a 14-day loan from the Internet Archive it was an easy choice. Wikipedia says the book


What she liked was candy buttons, and books, and painted music (deep blue, or delicate silver) and the west sky; so altering, views from the steps of the back porch; and dandelions.

*******
This is a beautifully written book -it's obvious it was written by a poet- and is easy to read. I'd recommend it.
Posted by Divers and Sundry at 4:00 AM