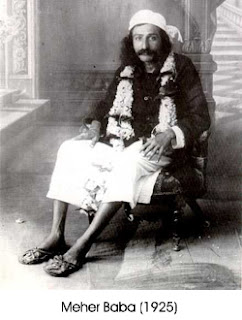 Today is Silence Day, the day on which followers of Meher Baba maintain a 24-hour period of silence to commemorate the day he began the silence he maintained until his death 44 years later. Since it's the day for Tea Stands for Tuesday, I'll invite you to share a cup of tea with me as I look into a religion foreign to me. 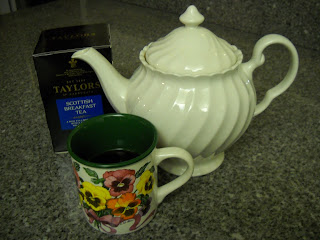 
Meher Baba said that his silence was not undertaken as a spiritual exercise but solely in connection with his universal work.


Man's inability to live God's words makes the Avatar's teaching a mockery. Instead of practicing the compassion he taught, man has waged wars in his name. Instead of living the humility, purity, and truth of his words, man has given way to hatred, greed, and violence. Because man has been deaf to the principles and precepts laid down by God in the past, in this present Avataric form, I observe silence.

I'm not a follower, but I don't have to believe it to find it interesting, and I have always been interested in other people's religious beliefs and practices. If you're curious about him you can find more information at the Avatar Meher Baba Trust, including books by and about him. There are quotes by him at Wikiquotes. I admit a fondness for this one: 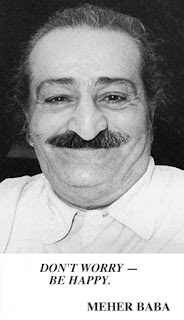 Here are a couple more that appeal to me:


Be pure and simple, and love all because all are one. Live a sincere life; be natural, and be honest with yourself.

To love God in the most practical way is to love our fellow beings. If we feel for others in the same way as we feel for our own dear ones, we love God.

I remember him as better known in the 1960s, and I don't see much mention of him now. There have been documentaries covering his life and claims, such as this:

"He gave no importance to founding any organization in his name, advocating no particular method of meditation or other practices associated with the popular image of Eastern masters. He stressed only love for God."