The War of the Gargantuas 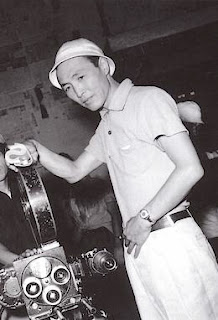 Today is the anniversary of the death of Ishirō Honda, a Japanese film director who died in 1993 at 81 years of age. He made many documentaries and war movies, but I love him for Godzilla. What can I say?

I have blog posts for these:
He directed The War of the Gargantuas, which was released in Japan in 1966 and in the U.S. in 1970 dubbed in English. It stars Russ Tamblyn (better known for Peyton Place, West Side Story, Seven Brides For Seven Brothers, and The Haunting).


Slate Magazine mentions that Brad Pitt is a fan. Toho Kingdom opens their review with this: "This mid 1960's offering is easily one of the better films of Ishiro Honda's career, and certainly one of the more likeable kaiju films out there."

Rotten Tomatoes has an audience score of 72%.
Posted by Divers and Sundry at 4:00 AM