The Mississippi River is approaching record lows, so The Husband and I went down to look. The Younger Son had planned to come but injured his knee the night before and decided to pass.

The Mighty Mississippi, which just a little over a year ago reached record flood levels, looks a lot different now. The foot of Beale Street at Riverside Drive was completely flooded last year, with catfish swimming where these cars are driving now: 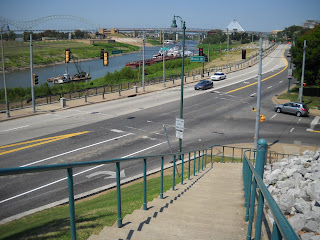 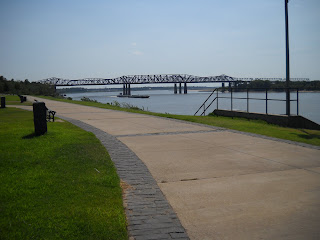 Last year the steps pictured below were under water, and the boats were floating level with where I stood to take this picture: 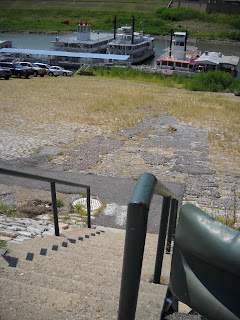 The monument in Tom Lee Park was standing in water last year. This year? Well, you can see the river from there, but you'd have to walk a bit down a steep river bank to get to any water: 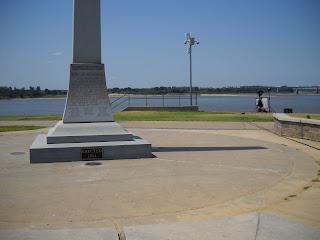 CNN had a truck at Riverside Park and a camera set up pointed towards the bridge. They made a report from one of the barges: