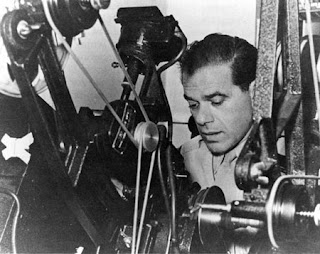 Today is the anniversary of the death in 1991 of Frank Capra. FilmReference.com says, "...many of Capra's most famous films can be read as excessively sentimental and politically naive. These readings, however, tend to neglect the bases for Capra's success." The AFI awarded him a Life Achievement Award, saying, "Frank Capra has ennobled his audience as he has entertained them. His work has brought the meaning of the American dream alive for generations of moviegoers past and present".