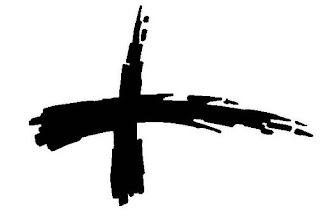 Today is Ash Wednesday, the first day of Lent. Our church will have a worship service tonight that will include the imposition of ashes. Ash Wednesday is an important day in the Christian Year, beginning a 40-day period of repentance and reflection before Easter.

1 Blow the trumpet in Zion; sound the alarm on my holy mountain! Let all the inhabitants of the land tremble, for the day of the Lord is coming, it is near— 2 a day of darkness and gloom, a day of clouds and thick darkness! Like blackness spread upon the mountains a great and powerful army comes; their like has never been from of old, nor will be again after them in ages to come. 3 Fire devours in front of them, and behind them a flame burns. Before them the land is like the garden of Eden, but after them a desolate wilderness, and nothing escapes them. 4 They have the appearance of horses, and like war-horses they charge. 5 As with the rumbling of chariots, they leap on the tops of the mountains, like the crackling of a flame of fire devouring the stubble, like a powerful army drawn up for battle. 6 Before them peoples are in anguish, all faces grow pale. 7 Like warriors they charge, like soldiers they scale the wall. Each keeps to its own course, they do not swerve from their paths. 8 They do not jostle one another, each keeps to its own track; they burst through the weapons and are not halted. 9 They leap upon the city, they run upon the walls; they climb up into the houses, they enter through the windows like a thief. 10 The earth quakes before them, the heavens tremble. The sun and the moon are darkened, and the stars withdraw their shining. 11 The Lord utters his voice at the head of his army; how vast is his host! Numberless are those who obey his command. Truly the day of the Lord is great; terrible indeed—who can endure it?

12 Yet even now, says the Lord, return to me with all your heart, with fasting, with weeping, and with mourning; 13 rend your hearts and not your clothing. Return to the Lord, your God, for he is gracious and merciful, slow to anger, and abounding in steadfast love, and relents from punishing. 14 Who knows whether he will not turn and relent, and leave a blessing behind him, a grain offering and a drink offering for the Lord, your God? 15 Blow the trumpet in Zion; sanctify a fast; call a solemn assembly; 16 gather the people. Sanctify the congregation; assemble the aged; gather the children, even infants at the breast. Let the bridegroom leave his room, and the bride her canopy. 17 Between the vestibule and the altar let the priests, the ministers of the Lord, weep. Let them say, “Spare your people, O Lord, and do not make your heritage a mockery, a byword among the nations. Why should it be said among the peoples, ‘Where is their God?’”

18 Then the Lord became jealous for his land, and had pity on his people.

Almighty and everlasting God, you hate nothing you have made and forgive the sins of all who are penitent: Create and make in us new and contrite hearts, that we, worthily lamenting our sins and acknowledging our wretchedness, may obtain of you, the God of all mercy, perfect remission and forgiveness; through Jesus Christ our Lord, who lives and reigns with you and the Holy Spirit, one God, for ever and ever. Amen.

From the 1979 Book of Common Prayer

The picture above is from Flickr.
Posted by Divers and Sundry at 7:27 AM