This concrete sculpture was in a field close to the Visitor Center of Petit Jean State Park. It is a work by Dionicio Rodriguez (1899-1955), whom I recognize from his extensive work at Memorial Park Cemetery here in Memphis and from The Old Mill in North Little Rock. I was delighted to see another work by him. 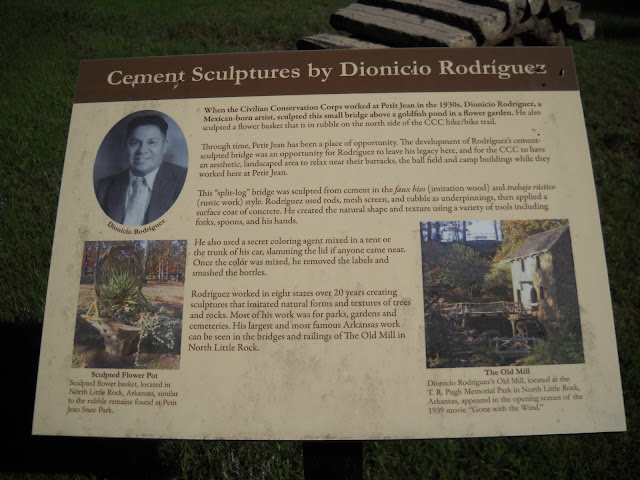 We saw a lot of animals at the park but didn't get photos of most of them. We saw deer, box turtles, gray squirrels, birds of several kinds (especially hummingbirds, buzzards, bluebirds, herons, and crows), blue-tailed skinks, snakes, lizards, and tadpoles. We decided Arkansas is a hotbed of raccoon suicides, where they throw themselves in front of cars. Dead raccoons littered the highways. The Younger Son got a few photos of wildlife: 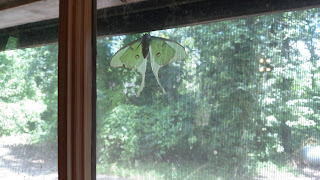 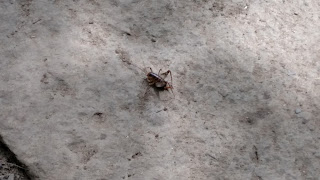 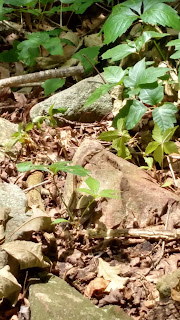 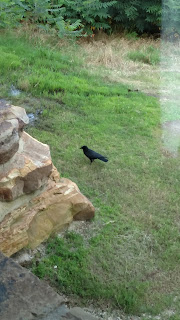 My favorite, though, may well be this jackalope: 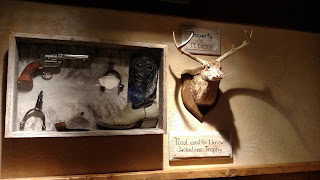