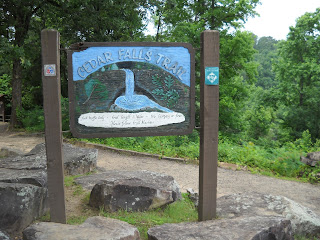 The Cedar Falls Trail begins behind Mather Lodge at Petit Jean State Park in Arkansas. The red signs seem to warn of danger and dire consequences for taking on this challenge 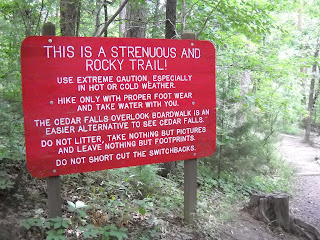 If you ever decide to do this trail, rest assured that it's not nearly as bad as you might fairly expect from the sign. The way back up the stone steps returning to the lodge is steep, but I was barely winded at the top and I'm hardly the picture of robust strength. I didn't take water. It's only a 2-mile trail, for pity's sake. I would worry that the sign was scaring off people, but I saw people wearing slides and carrying babies in backpacks so I think people are ignoring the sign.

This is the beginning of the trail: 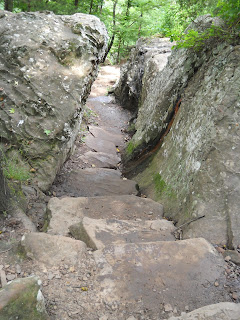 It flattens out after the initial steep part but continues rocky through most of the trail: 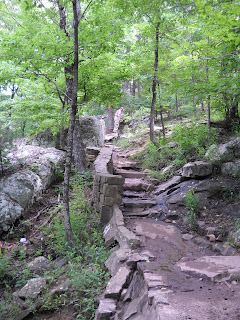 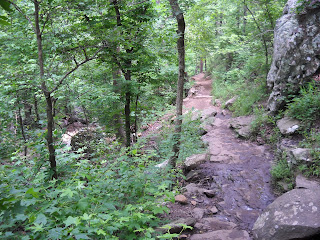 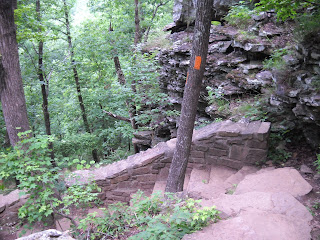 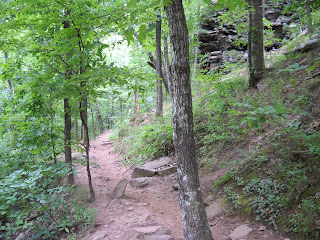 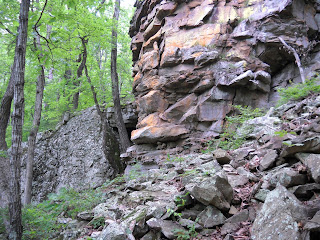 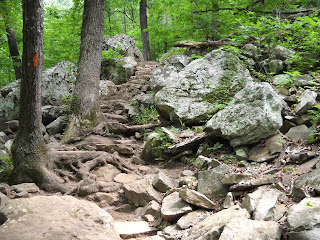 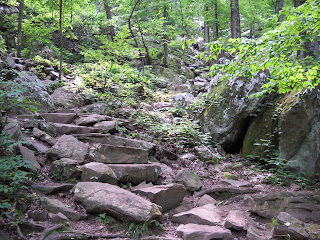 It's not all rocks, though: 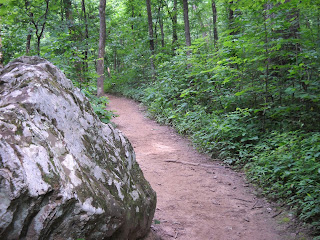 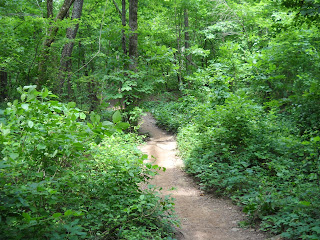 The trail divides about 1/2 mile in: 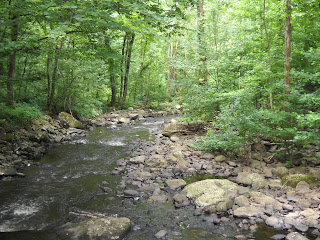 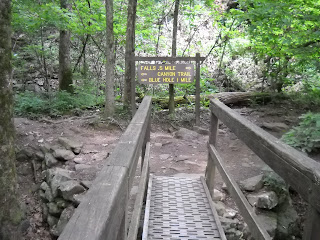 And there are more rocks and steps: 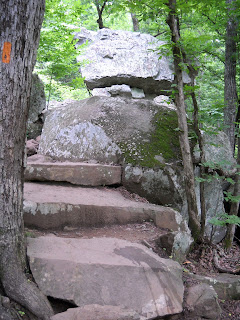 but also more dirt paths that make for easier going: 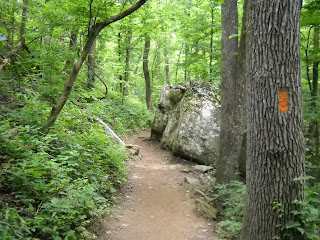 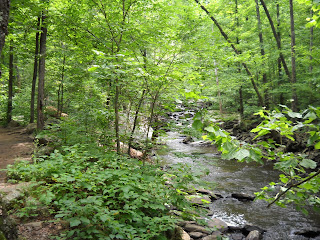 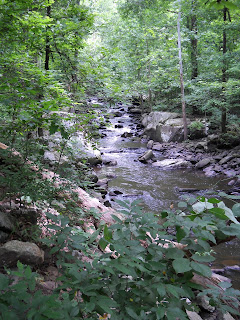 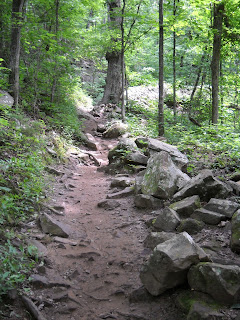 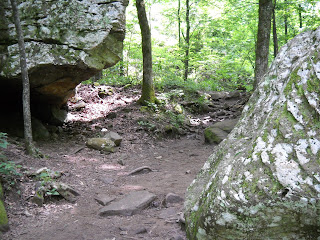 It's worth it when you get to the falls: 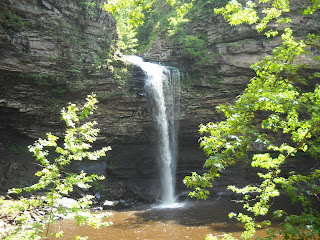 The Younger Son took a video:

I heard one child in particular who had never seen a waterfall, and he was very excited. I've seen waterfalls before, but this one was not a disappointment. Beautiful!

Then you have to go back a mile along that same trail to get back to the lodge. 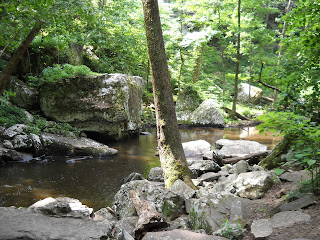 It's interesting how you can go back along the same route but see it anew from the other direction. 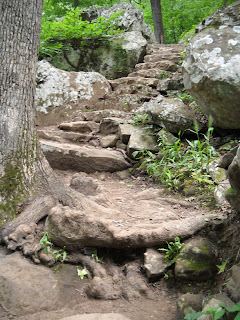 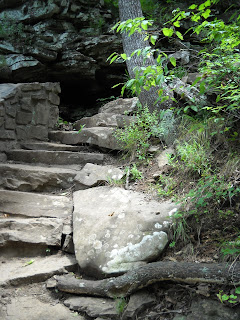 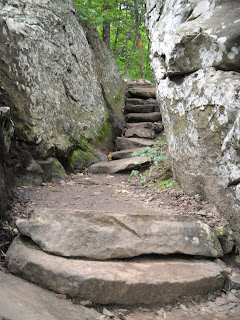 It was well worth the hike, and I'm glad I didn't let the warning sign scare me off. This trail alone was worth the trip to the park.
Posted by Divers and Sundry at 4:00 AM