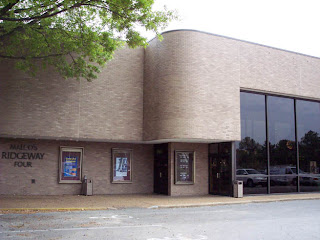 The Younger Son and I decided Mongol would be worth seeing on a theater screen if it played here, and lo and behold it did. We were surprised The Husband wanted to come along -it is, after all, a foreign-language film with subtitles- but he came with us. And did not like it at all. No surprise there. The Younger Son and I both liked it. I don't know how it did on opening weekend, but there were eight or so of us, I think, in the theater for this Monday matinee showing. I'm continuing to struggle with the price: $7 each for a weekday matinee!

I do wonder why it received an R rating. I don't remember the LOTR films having less gruesome scenes. Ratings seems inconsistent.

Actually, as revisionist epics go, "Mongol" is often startlingly good. It has epic power and plenty of big battles, but director Sergei Bodrov also has a feeling for the small, intimate moments in the life of Genghis Khan

I was struck by these "small, intimate moments" and felt a connection with the characters. It was as much about the personal relationships as it was about epic battle scenes.

Mongol does a lot of "sweeping." It moves from sweeping vistas to sweeping battles and when it stops sweeping, it really has no idea what to do; it merely waits for the next opportunity to sweep.

The New York Times describes it as

While it takes a sympathetic view of young Genghis Khan — whose name, in the West, is a synonym for rapacity — it does not force him into conformity with modern sensibilities. His world feels authentically raw and refreshingly archaic, and also strangely beautiful.

TimesOnline reviews it here. Slate wonders how such a nice man can become Khan. Roger Ebert didn't like it.


The picture at the top of the post is of the Ridgeway Four, the theater where we saw the movie, and is from Wikipedia.

7/8:
Positive Liberty has review.
Posted by Divers and Sundry at 7:55 PM