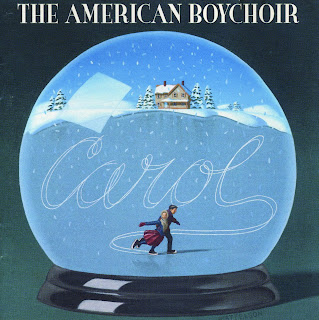 This is a cd we've had a while. The American Boychoir has its own website here where you can learn about them and buy their music. Wikipedia says, "The American Boychoir is regarded as one of the nation's premier choral groups, singing in many concerts across the United States and internationally." Carol is one of their Christmas CDs.

from the notes included with the CD:

This recording represents a popular sampling of music from the past 500 years and from many nations including the U.S.A., England, Ukraine, France, Austria and Germany.

You can listen to some of the music at Amazon.
Posted by Divers and Sundry at 7:30 PM