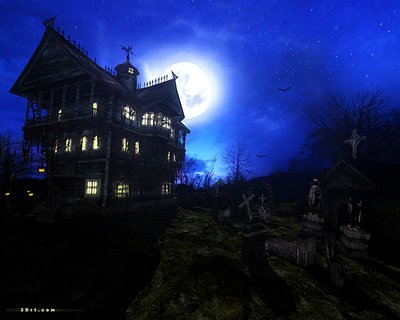 Halloween was always great fun for me as a child. My favorite costume was a witch, and I dressed as a witch most years for Trick-or-Treating.

Now, not only am I grown, my kids are too old for Trick-or-Treating. We watch DVD's that seem suitable for the season. Here's a list of some we try to watch during October:

The Halloween Tree. This is a video version of Ray Bradbury's book which uses a group of trick-or-treating kids and a trip back in time to explore some common Halloween traditions. We _love_ this one and have since it first came out. It's only available on VHS right now, but we're on constant look-out for a DVD version.

It's the Great Pumpkin, Charlie Brown. A classic. I remember when this one came out, too
Posted by Divers and Sundry at 6:47 AM