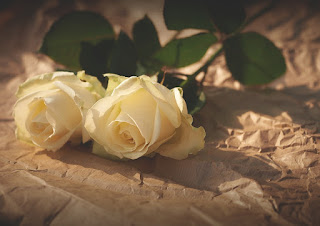 Miriam is a 1945 short story, one of Truman Capote's first published stories. You can read it online here. It begins,


For several years, Mrs. H. T. Miller lived alone in a pleasant apartment (two rooms with kitchenette) in a remodeled brownstone near the East River. She was a widow: Mr. H. T. Miller had left a reasonable amount of insurance. Her interests were narrow, she had no friends to speak of, and she rarely journeyed farther than the corner grocery. The other people in the house never seemed to notice her: her clothes were matter-of-fact, her hair iron-gray, clipped and casually waved; she did not use cosmetics, her features were plain and inconspicuous, and on her last birthday she was sixty-one. Her activities were seldom spontaneous: she kept the two rooms immaculate, smoked an occasional cigarette, prepared her own meals and tended a canary.

Then she met Miriam.