Clay is a 1914 short story by James Joyce. You can read it online here. It begins,


The matron had given her leave to go out as soon as the women's tea was over and Maria looked forward to her evening out. The kitchen was spick and span: the cook said you could see yourself in the big copper boilers. The fire was nice and bright and on one of the side-tables were four very big barmbracks. These barmbracks seemed uncut; but if you went closer you would see that they had been cut into long thick even slices and were ready to be handed round at tea. Maria had cut them herself.

Maria was a very, very small person indeed but she had a very long nose and a very long chin. She talked a little through her nose, always soothingly: "Yes, my dear," and "No, my dear." She was always sent for when the women quarrelled over their tubs and always succeeded in making peace. One day the matron had said to her:

"Maria, you are a veritable peace-maker!"

And the sub-matron and two of the Board ladies had heard the compliment. And Ginger Mooney was always saying what she wouldn't do to the dummy who had charge of the irons if it wasn't for Maria. Everyone was so fond of Maria.

The women would have their tea at six o'clock and she would be able to get away before seven. From Ballsbridge to the Pillar, twenty minutes; from the Pillar to Drumcondra, twenty minutes; and twenty minutes to buy the things. She would be there before eight. She took out her purse with the silver clasps and read again the words A Present from Belfast. She was very fond of that purse because Joe had brought it to her five years before when he and Alphy had gone to Belfast on a Whit-Monday trip. In the purse were two half-crowns and some coppers. She would have five shillings clear after paying tram fare. What a nice evening they would have, all the children singing!

The mention of the "women's tea" in the first line of this story is my beverage connection for the T Stands for Tuesday blogger gathering. Please join us and our gracious hosts Bleubeard and Elizabeth.

I used a shaped card for this one: 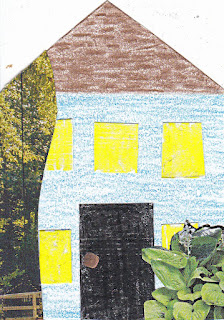 and tried making a window frame here, though the white frame doesn't show up around the edge: 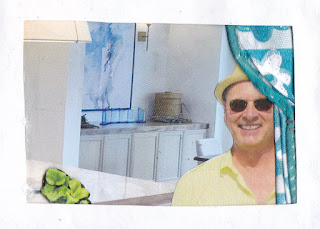 The Alphabet Challenge Blog did "W is for Wings" earlier this month, but ya know when I saw "W" I was off into the land of Western movies in my mind and couldn't rein in those runaway horses. Westerns it is, but I won't tell them if you don't. Inspiration is where you find it. 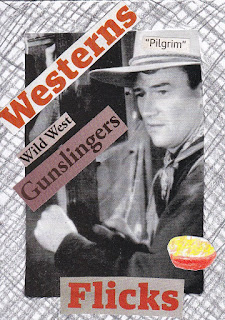 I shaded the frame on this one.

For this next one I tried a resist technique using petroleum jelly and acrylic paint: 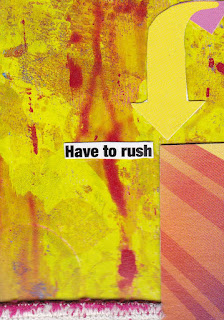 I used a base card I received as part of a swap. 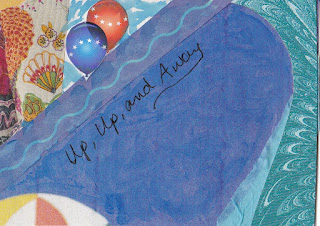 was inspired by a Flight prompt I saw somewhere.

This one was inspired by a Climb prompt: 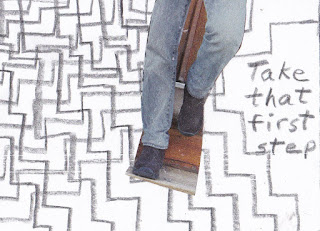 and this one by a Love prompt: 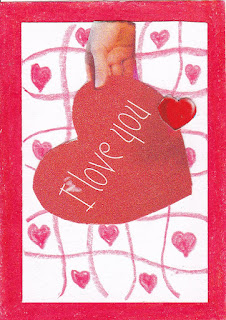 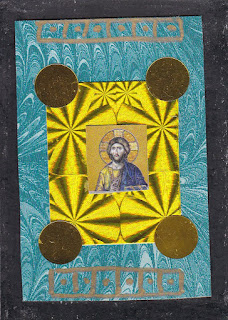 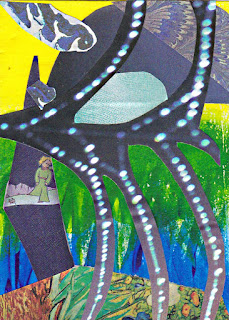