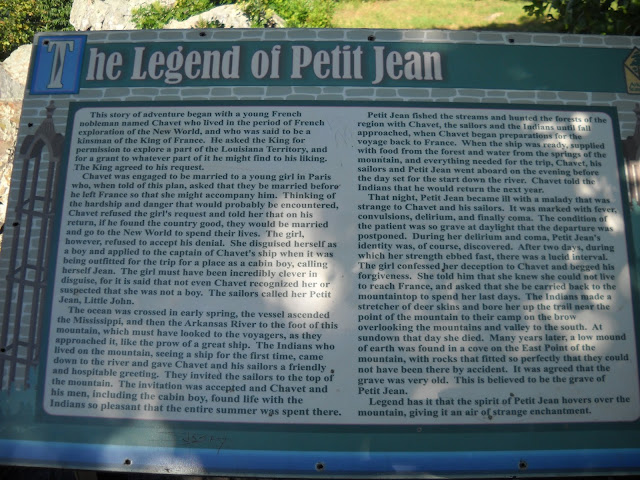 Petit Jean State Park is named after an actual person who is said to be buried at the top of the mountain. The legend as recounted on Wikipedia:


According to legend Petit Jean was actually a young 18th century French woman. When she discovered that her fiance planned to explore the Louisiana Territory, she cut her hair, disguised herself as a boy and managed to find a position as a cabin boy. She survived the voyage and joined the expedition team for their exploration. Once they had reached the area of the mountain, the young woman became ill. On her deathbed she revealed herself to her fiance and was buried on the mountain -not under her own name, but under the name she had been known by on the ship "Little John". 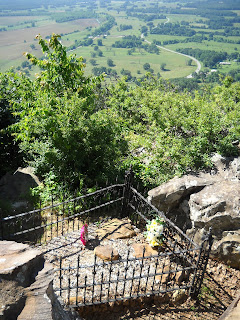 The view from the overlook: 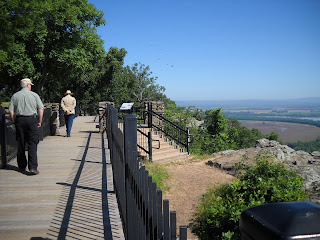 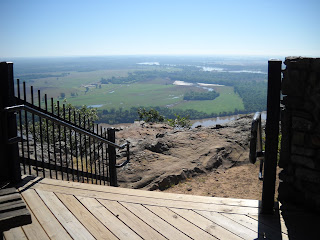 That's the Arkansas River down there: 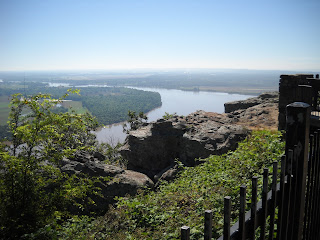 There's a boardwalk along the ridge, and the views on all sides are stunning: 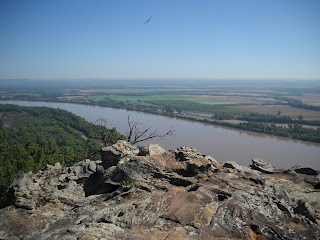 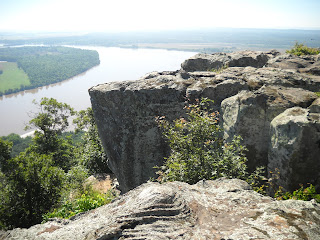 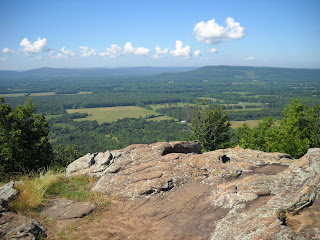 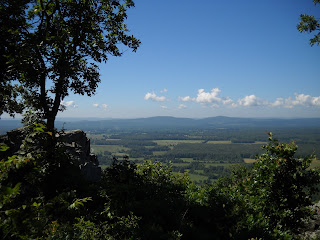 There's a designated wildflower area and the remains of one of the old Civilian Conservation Corps buildings: 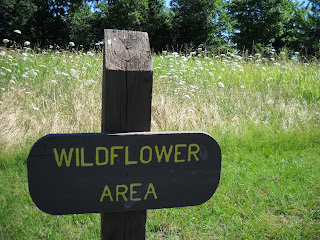 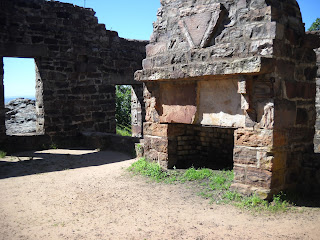 This was one of the more easily accessible spots, wonderful views with little physical effort.
Posted by Divers and Sundry at 4:00 AM